The full Autumn Statement 2016 speech is 6,000 words long, and the complete document 72 pages, so for time-starved entrepreneurs and business owners we’ve boiled it all down into 500 words.

Hammond wants the UK to be a “world leader” in 5G, implementing a full-fibre network and improvements in speed, security and reliability. The government will be investing in excess of £1bn into the UK’s digital infrastructure and will back this up with 100 per cent business rates relief for a five-year period on new fibre infrastructure.

The National Living Wage, which was introduced as a replacement to the National Minimum Wage, will increase from £7.20 to £7.50 in April 2017. According to the government, this will mean a pay rise worth of over £500 a year to a full-time worker.

Furthermore, the government used the Autumn Statement 2016 to increase the tax-free personal allowance to £12,500 by the end of the current parliament. Having been at £6,475 in 2010, it will continue to rise with inflation once it reaches £12,500.

Noting that the UK lags badly behind the likes of the US, Germany, France and Italy when it comes to productivity, the government’s new £23bn National Productivity Investment Fund will back new infrastructure and innovation over the coming five years.

Transport, digital communications, research and development (R&D) and housing will be the focus – with £390m spend on future transport technology such as driverless cars, hydrogen buses and charging points for ultra-low emission vehicles.

The chancellor announced in the Autumn Statement 2016 a doubling of UK Export Finance capacity as the government looks to make it easier for British companies to export. this involves a doubling of its “total risk appetite” to £5bn, increasing capacity for support in individual markets by up to 100 per cent and upping the number of pre-approved local currencies in which UK Export Finance can offer support (from ten to 40).

The British government’s target of £1tn in exports by 2020 is widely seen to be unattainable, but the chancellor is hoping more economic support will get businesses shipping around the world.

Off the back of technology companies like SwiftKey and ARM being acquired by US buyers, the chancellor revealed that an extra £400m would be injected into the British Business Bank to then be placed with venture capital funds.

It’s hoped this will unlock £1bn of new finance for growing firms and encourage more to resist the temptation to sell out earlier in search of a big payday.

Alongside this is a Treasury-led review of the barriers to accessing so-called “patient capital” in the UK.

The growing popularity of salary sacrifice schemes is being targeted by the government to remove the “unfair” state of affairs which see some people pay more for goods than others.

From April 2017, most salary sacrifice schemes will be subject to the same tax as cash income. However, pensions, pensions advice, childcare, Cycle to Work and ultra-low emissions cars schemes will be expect from the changes.

Aimed much more at bigger businesses, the government is building on efforts to reduce diverted profits and a culture that sees big corporations such as Starbucks pay little to no tax in the UK.

Companies will not be able to avoid tax by borrowing “excessively” in the UK to fund overseas activities and will now “always” pay tax in years where substantial profits are made. 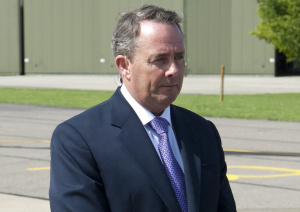