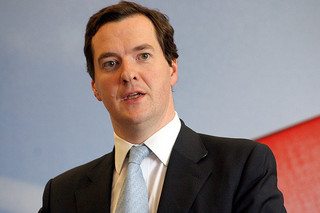 He even used a word we haven?t heard in Westminster circles for many years: surplus!

The cancellation of the fuel duty increase programmed in for next year is a spectacular win for British businesses and I’m not ashamed to say that it will represents a five figure cut in our company fuel bills for next year, which of course is also a win for our customers and the customers of hundreds of thousands of businesses across the country. This, along with the cap on business rate increases to two per cent and the continued discounts for the smallest companies and the ?1,000 discount for small operators on the High Street, represents a determination to stick with the policy of trading our way out from underneath our national debt burden. The chancellor was given a pretty sticky wicket upon which to follow on in 2010 and now he is really starting to build an impressive innings. And, if any confirmation was required of the Government operational horizons being firmly set in the 2040s and beyond, you only have to look at the Chancellor?s announcements on youth unemployment and skills. To begin with, there are measures to cut national insurance contributions for the under 21s making our young people hugely attractive for employers. But the stuff that’s really got me going is the promise to stop young people from leaving school and drifting into a life of welfare reliance. For me, the concept of having to be in work or some form of training to be eligible for any form of state support is 100 per cent spot on. And I think a lot of the credit for this shift in policy has to be placed firmly at the feet of Lottie Dexter of the Million Jobs Campaign, who was personally name checked by George Osborne during his speech. I have to say, from a personal point of view, I can only give the scheme as announced 7/10 because it still doesn’t guarantee full apprenticeships to those with no clear employment path, but the thrust is right. And if we are to have any chance of stopping the current 1,000,000 16-25s unemployment bubble from becoming an embedded structural part of the economy we must burst it now. To this end, I plan to continue working until the UK has an apprenticeship rate approaching the 66 per cent figure of Germany to make sure that, once the Chancellor?s scheme eradicates the culture of worklessness, young people are armed with the right skills and experience demanded by employers. Charlie Mullins is CEO and founder of Pimlico Plumbers. Image Source