Another Autumn Statement has passed with little for Britain’s SME community to get excited about.

On the surface, it seems that the chancellor’s announcement about committing to the new state business bank will provide businesses with a much needed injection of cash for their business. Will this new bank help?

Certainly, there seems to be growing apathy amongst Britain’s startups and growing businesses about many of the government’s recent initiatives targeted at SMEs.

Shelley Stock Hutter’s recent research around government initiatives and proposed measures showed that a staggering nine in ten small business owners did not believe recent initiatives had helped their business.

When asked about the proposed business bank, six in ten were adamant it wouldn’t help them, with a further three in ten undecided.

At the root of the problem is that during each Budget or Autumn Statement a shiny golden carrot of a new lending initiative is dangled. Yet, there is little or any follow up information or an education campaign to ensure businesses will be successful when applying for the scheme.

Six in ten small business owners in our research admitted they were at sea as to how they could benefit from any government schemes. SMES don’t want to be saturated with more schemes but to understand the best way of accessing them and the most appropriate way to finance their business.

The announcement that the Annual Investment Allowance will increase ten-fold to £250,000 on qualifying expenditure is great news for larger businesses. But let’s have a reality check: very few small businesses have the cash reserves, ability to obtain finance or expenditure plans to take advantage of this.

Whilst the government have the luxury of making year on year losses without the administrators coming in, this isn’t the case for many struggling SMES in this climate. Of course, many will be hoping that the Spring Budget will redress the balance following this lacklustre Statement. But time is running out and there is now an urgency for the government to offer some real support to Britain’s SMEs. 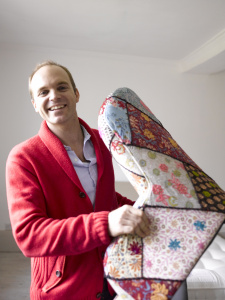