The commercial value of heritage is well known. It is a source of differentiation. It engenders loyalty, even love sometimes. It attracts consumers, both at home and overseas. The paragon of this marketing strategy is, perhaps, Barbour. This fifth-generation family-run firm has long capitalised on its 120-year history, its inherent Britishness, and its reputation for design innovation. It has resulted in remarkable commercial success.

There are many other examples. From Barbour to Burberry, from Fortnum & Mason to Berry Bros, and from Norton to Aston Martin there are hosts of brands that understand the value of heritage. Each place a value on the innate human need for meaning and narrative. People want more than products, regardless of the quality or utility of those products – they want to be taken on a journey.

Yet many brands with a heritage fail to exploit it. For every Fortnum & Mason or Norton there are a dozen retailers or automotive manufacturers that had a rich heritage that was not built on. Think of the now defunct Armstrong Siddeley, or the perennially missed opportunity that was Jaeger.

Heritage brands are too often unaware, nervous, or uncertain of the entire notion of branding. These brands miss out, and as an increasing number of competitors successfully embrace the strategy, so the ones that don’t become increasingly conspicuous, and imperilled. So, how to do it well?

The first, and most critical, step is to recognise that what matters is not the fact of your heritage, but the brand narrative you create around it. Far too many brands sit on a rich heritage, assuming the target audience understands it, and watch confused as a startup brand arrives and steals a market share.

From there it is about drawing out the elements of your story that are going to be relevant to a contemporary audience. Whilst it might be only glancingly interesting to know about the origins of Hermes as harness-makers, it is crucial they understand their site on the Rue du Faubourg Saint-Honore, the bags it crafted for the 19th Century European aristocracy and celebrities of the 20th Century – the Prince of Wales’s leather golf bag, Jacqueline Kennedy’s silk scarf, and Grace Kelly’s iconic bag.

Equally, when Booth’s supermarkets aimed to increase its wine sales, it reached back to its 1870s history as a wine importer when its owners would journey to Madeira and Oporto to find and bring back the finest wines. Our resulting redesign for this brand exploited this heritage, using the full name, E H Booth & Co, and its heraldic crest, giving a wine merchant’s authority to the products and freeing them from the perceived stigma of supermarket wine. It helped the brand gain traction in the notoriously capricious wine market, and boost sales by 4.3 per cent over the 2016 Christmas period.

An interesting development in heritage branding is that we are seeing more and more brands create a heritage. Pick up a bottle of Hendricks gin with its apothecary jar, its Victorian lettering, and its statement that it was established in 1886, and, as you sliced your cucumber, you could be forgiven for believing you were partaking of a brand in its second century.

In fact it was created in 1999. 1886 is the year its parent company William Grant & Sons was founded – that together with the bottle shape and graphic design were all consciously designed to create the impression of heritage. The addition of the cucumber ritual merely complemented the overall narrative, and today dozens of craft gin manufacturers are trying to replicate the brand’s success.

Without doubt, it helps to have heritage. It gives you a story to tell. But it is by no means necessary. Look at Farrow & Ball. The firm only came into being in its current form 20 years ago, but it has been so successful in telling its story that far from just being paint manufacturers, it now owns the concept of colour and is dominant in its market.

The future is history

Mistakes can be made with heritage branding. Don’t allow it to slip into fetishism of the past. That way lies a dull fustiness that can sit uneasily with a modern audience. Instead look for what is relevant in your heritage and communicate that in a contemporary way. Unless of course your audience will respond well to dull fustiness. In that case own it proudly and confidently.

In the same way, avoid allowing your brand to become synonymous with a curated lifestyle. There is an implicit tension between fashion and heritage, and you need to be captivating your audience with the relevant aspects of your story, not jumping onto every passing fad.

When it steers clear of those pitfalls, heritage branding – though the use or creation of a brand story – is a powerful technique. In today’s fast-moving, ever-changing world this yearning for authority, credibility and meaning will only grow stronger. The history of business is littered with companies that failed to take advantage of a rich heritage or who never found a compelling story to tell. Take action now, and use your brand’s past to enrich its future.

Richard Village is director at Smith&+Village. 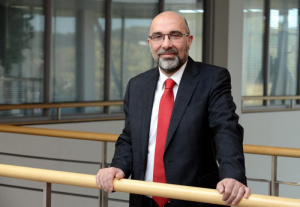 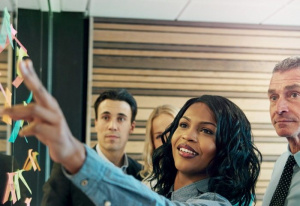