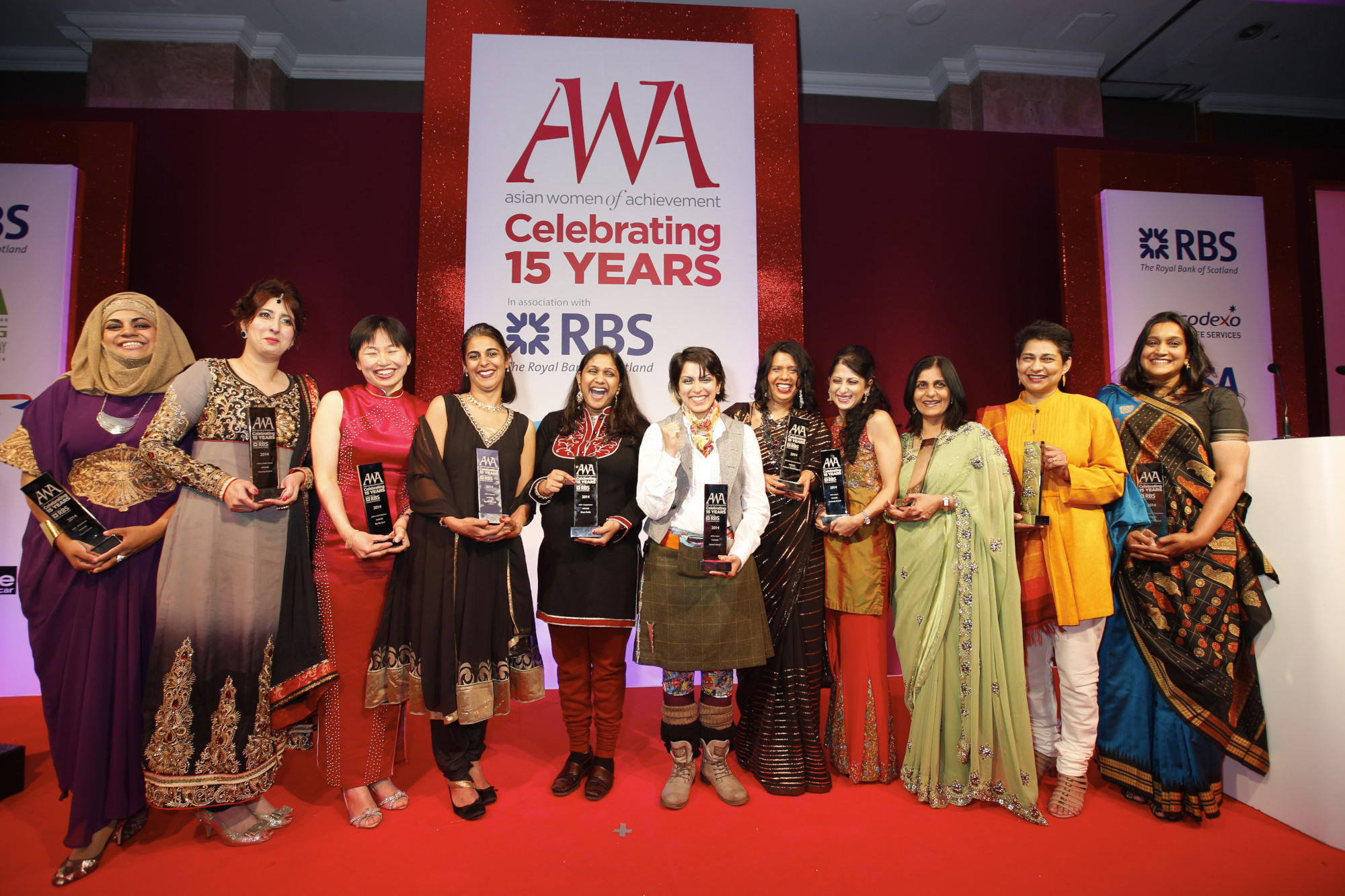 Pinky Lilani OBE DL, co-founder of the AWA, said: ?Being able to shine a light on the magnificent achievements made by these women is what the awards are really about. I am delighted to see that the calibre of women being nominated for, and winning, the Asian Women of Achievement Awards has remained so high for the 15th consecutive year.”

Indeed, after battling to overcome obstacles in business from within every sector imaginable, and looking fabulous on the night of the awards, 17 amazing women were recognised for their outstanding careers. From a leading fertility expert and kickboxing champion to broadcaster and football agent, here are the 2014 winners of the Asian Women Awards.

Professor Geeta Nargund, consultant, medical director and?CEO of Create Health Foundation and Consultant at St George’s Hospita, was presented with the most prestigious accolade of the awards. Geeta was recognised for her work in the fertility field, and her potential to have such a huge impact not just domestically, but globally, as she works to make treatments more readily available to women.

Shazia Saleem is founder of ieat Foods, which creates?a range of traditional British and Italian dishes prepared according to Islamic dietary law.?She came up with the idea eight years ago while still attending Warwick University. She now has a range of 12 products on sale in Sainsbury’s and Tescos. Viewed as?a ?very commercially aware? businesswoman, Saleem started her first enterprise at the age of 16.

Divya Reddy, production technologist in Shell UK, is?one of the company?s youngest ever subsurface field leads.?She believes in leading by example, motivating others and creating high-performance teams to deliver top results, and it’s obviously helped as she’s been recognised?for being ?a trailblazer in a male dominated industry?. Nehal Bhogaita,?community support worker and beauty therapist, was highly commended for having dedicated her life to inspiringpeople with disabilities.

Shehneela Ahmed?made soccer history by becoming Britain?s first female Muslim football agent, not to mention?signed some of Europe?s top football players, while also working as a?duty solicitor criminal advocate. Definitely a role model, Shehneela is a great??enabler within the sports industry?.? Not to be outdone, this kickboxer and stand-up comedian?Samera?Ashraf?has battled against the stereotypes. For her?contribution to the martial arts community?and refusing to be pigeon holed, she is a true fighter!

Asian Woman of Achievement in the Media

Poorna Bell, lifestyle editor of The Huffington Post UK,?is dedicated to nurturing young talent, especially fledgling Asian female journalists, giving them advice and anecdotal guidance. After?her hard work in highlighting and campaigning on issues such as forced marriage and domestic violence amongst the Asian community, she won the award with flying colours.