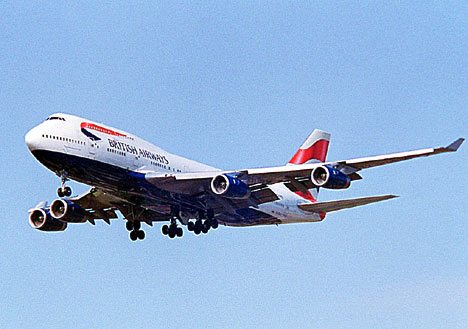 Share via
Thanks to our legal system, which is one of the best in the world, Unite exercised its right of appeal and won – another major body blow to a punch-drunk British Airways, which is also reeling from posting record losses of £531m for 2009. (Add in the ash cloud problem and the effects these strikes will have, and I don’t hold much hope for 2010’s figures). The BA strike is now in its second day. As I’ve said before, strikes never solve anything – but hard-done-by Unite union bosses cried foul over how they had been stitched up by “the man” and his so-called “judicial thugs” and finally got their way. Such moving support for democracy and the rights of workers would have brought a tear to my eye ­ if it wasn’t for the fact that when these same unions win tribunal decisions against employers on small technicalities, they have no qualms about fairness and what’s actually right. In their book, a win over the bosses is all they are after. I’ve held the same views on strikes for 30 years – everybody always ends up worse off: the employers; the workers; the unions; and the customers. The BA cabin crew row is no exception. The workers’ lives are being turned upside down, not to mention their lost wages and workplace animosity. With an increasing number of lost holidays and business opportunities, the public are losing patience with BA, Unite or both. British Airways’ reputation is in tatters. Can anyone see any winners here? On a happier note, the coalition government has confirmed the business community’s confidence with a number of key announcements. I welcome their idea to promote small business procurement to help firms win government contracts and, as an entrepreneur, I’m behind their commitment to make it easier for people to set up their own businesses. And thank goodness for George Osborne’s plans to drop the rate of corporation tax. What a good decision. This is exactly what we have been asking for – a government that believes in the power of incentives to stimulate and motivate business. With this kind of common-sense approach, I’m confident the deficit will be non-existent in five years and not the decades that many have predicted.