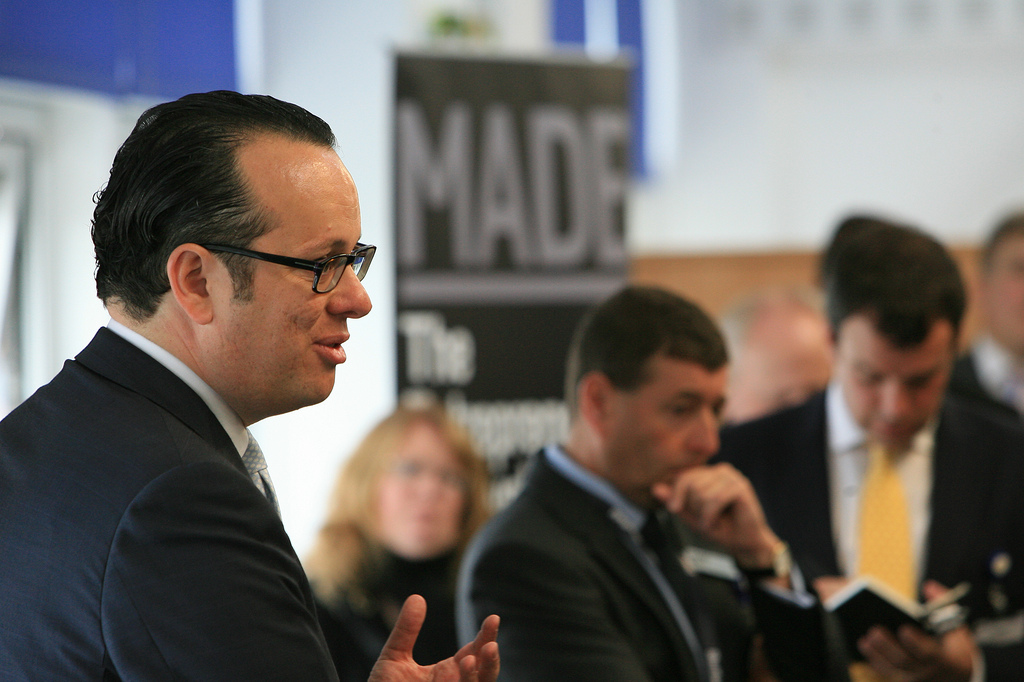 If you want take a break to help you gear up for growth, you would do better to toss away the bucket and spade and head to the steel city. It will offer an oasis of opportunity from the very best in enterprise thinking to opportunities to meet other entrepreneurs and to network.

This summer’s riots have been a shock to the collective system. It has laid open all that divides Britain. Fitting then for a festival that reminds us about what unites and is best about the UK, its entrepreneurs. It has been small businesses that have borne the brunt of hate but it has also been small businesses that have shown amazing resilience to get trading again.  It’s a far quieter revolution when you’re building things up rather than burning them down. But it is a revolution nonetheless and it is one that is based on the positive role of enterprise. What strikes me as interesting about recent days is not the unrest but the positive community action to put things right and get going again. MADE picks up that positive sense of community by bringing together 2,000 entrepreneurs from all over the country. Business people who want to be inspired and companies that want to accelerate. These businesses are the backbone of Britain. They are the companies that set the nation’s course through the compass points of constant endeavour and graft. It’s sometimes easy to forget the contribution to society that companies can make. Employing people, improving lives, offering services. These are the stories of real people who make a real difference. One thing is crystal clear about the riots; they were an assault on the doers and grafters, those at the grass roots who have the capability to get Britain growing again. Much time has been spent on the analysis of the criminals who perpetrated crime, not enough spent on the character of those who are left to pick up the pieces and rebuild. It’s important to provide that focus because Britain’s entrepreneurial culture has never been as vitally important to the nation’s future as it is now. That culture is one that revels in a can-do culture and one that champions hard work. It is a culture that will be celebrated at the MADE Festival over three days of events with some of Britain’s brightest talents and most famous business names. Speakers include business secretary Vince Cable and enterprise minister Mark Prisk.  MADE also welcomes some of the UK’s leading entrepreneurs including Peter Jones CBE; Dragons’ Den star and founder of Ariadne Capital Julie Meyer; Luke Johnson, FT columnist and founder of Risk Capital Partners; Doug Richard, founder of School for Startups and a host of others. But if MADE is an opportunity to meet the great and the good it is perhaps even more importantly a unique chance for entrepreneurs to come together to use their voice to make their point about the sort of society they want live in. I am chairing the Festival for the second time. A year ago we had a concept, a month later we had the UK’s most significant gathering of entrepreneurs. This year we have a national platform to discuss and debate the ideas that will make businesses better and entrepreneurs more successful. It’s a wonderful destination for enterprise and if you have the time you won’t regret taking it. Mike Southon made a great point in the weekend Financial Times when he said that “the primary purpose of entrepreneurship…is to make a better life for yourself and your family.” This is the spirit of MADE and I hope we make a great statement this Autumn about UK entrepreneurs and their potential to accelerate the nation on its road to recovery. If you’re bothered about Britain be bothered about MADE. Michael Hayman is co-founder of the public relations consultancy Seven Hills. He is 2011 Chairman of MADE: The Entrepreneur Festival. You can also follow Michael on Twitter. Real Business will be hosting an event at MADE called “The Backbone of Britain” between 2.30-3.30pm on Thursday 22 September in the Mecure Hotel, Sheffield. We’ve also got 100 priority passes to MADE for our readers. To sign up, visit the MADE website and enter the registration code: REAB01