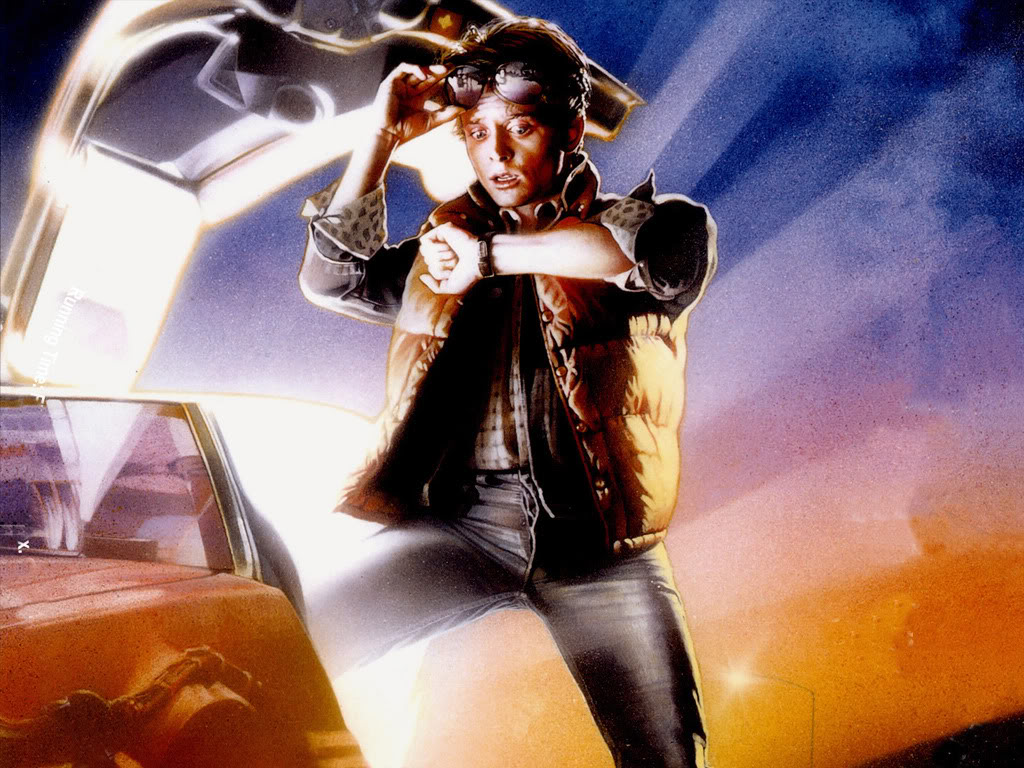 “Are you telling me my mother’s got the hots for me?”

Breathe. Not me, but the words of Marty McFly in the movie Back To The Future. So, rest easy, this column isn’t about family values but about time travel. It’s about what history tells us about what might come next. First stop, 1900, and to Britain, an empire where the sun never sets. Next, 1903 and two brothers, the Wrights, achieve the gimmick of air travel.  Fast forward a few years and you have the world war to end all wars, followed by a depression so punishing it is the greatest, then another world war, this time so vile that evil itself has been purged. All certainties, all wrong.  In today’s world, what might visitors from yesterday make of today? Here is a generation that has harnessed air travel into a commodity of the skies; one that has used the power of the internet to make every global citizen a next-door neighbour. A society where our ability to be our own boss is not just the pipe dream of a few but the achievement of a great many. Sure, many from the past may gaze on the protestors of St Paul’s and Wall Street and bemoan a world that has not lived up to its full potential.  But many might also marvel at what we have achieved; be thrilled at what might come; and wonder just how societies with so much to gain can so often cower in fear over what they might lose. Some might look to a society watching the dazzling marvel of HD television but be disappointed in the plodding pedestrian message of despair and doom that we use this technology to deliver.  They might be staggered at a world that has faltered over a downturn that has most certainly damaged, but has by no means defeated, the ingenuity of people to overcome. Perhaps the message of our ancestors might be that fear has never been the engine room of progress, that people create change, not the mass algorithms of the economists charts. History doesn’t work like that; it’s defined by the power of the individual. It’s why entrepreneurs are the true time travellers. In the past they might have been scientists or soldiers, adventurers or explorers. They were and are the change makers, the people who defy the status quo to create a world in their image. This week, a powerful new statue to the civil rights legend, Martin Luther King, was unveiled. It states: “Out of the Mountain of Despair, a Stone of Hope”. To me entrepreneurs are those stones of hope and it is to them that his unyielding dream is bequeathed. Yes, we may worry about the consumer price index, yes we may cower at the risk of inflation, and yes we may hope that the cuts could be kinder. But our biggest yes should be a “yes” to ourselves and our ability to be incredible and to overcome hurdles. You can talk yourself out of anything; a sale, a promotion, a deal. Each is a miracle of achievement, each is dependent on the individual’s talent and self-belief. That’s why we can’t afford the mass blanket of casual pessimism. Make no mistake, it robs everyone of his or her potential and embeds defeat as a pernicious status quo. There was no sign of defeat at the Milken Institute Young Leaders Circle launch in London this week. Milken is a US think tank, which aims to “change the world in innovative ways”.  Its thought-provoking chairman, Mike Milken, is an optimistic powerhouse who extols the virtue that knowledge is power. He interviewed the former Pakistani prime minister, Shaukat Aziz. Mr Aziz has survived terrorists who sought to steal his life and is a man with every right to have felt downbeat about the prospects for the world. Instead, I witnessed a conversation between two men voicing the dignity of optimism, the perspective of hope and the rejection of fear.  Their words got me thinking that whatever you do, you’re part of a continuing drama with many chapters left to tell. Downturns will go and upturns will come. The more certainty with which we speak, the more uncertain things appear to become. And no matter how unique every generation may feel it is, we really have been here before. Mr Aziz believes that life is not a car where you can view progress in the rear view mirror. It’s about the decisions we take now and the effect they have on the lives we lead. True enough. But maybe that mirror does have a place right now because looking back might very well be the best bet we have in understanding our future. Michael Hayman is co-founder of the public relations consultancy Seven Hills. You can also follow Michael on Twitter.