Not only is it time to get people back to work, but I also believe it’s time to have them working in the same location.

On Friday Boris Johnson stepped up to the Number 10 lectern to tell everyone who can get back to work to do so.  Sticking to social distancing and hygiene methods of course, I think the country will be a better place if this happens.

Flexible working was already growing in popularity before coronavirus, but since the pandemic it’s a trend that’s looking like becoming the norm. Unfortunately, I think this is a bad thing for businesses, the economy and people’s mental health.

I’ve never been a fan of working from home; in my view, work is best done at our HQ. Since the pandemic and the lockdown, we’re increasingly headed towards working from home becoming part and parcel of the new normal – and that’s a big issue.

I think that will be a real loss to the creativity, innovation and productivity of the UK economy.  We are, after all, social animals and in my experience, we spark better of each other when we can be in the same room as workmates.

Things like Zoom have their place in keeping people in contact, but they can’t be in place of proper human interaction. Technology should improve things, not just replace them.

I’ve always had a no-meetings policy at Pimlico and the best decisions have come from unplanned discussions on the fly in small groups.  Having to schedule a video chat sucks the energy right out of any creativity.

Personally, I’ve always been sceptical of the idea that working from home boosts productivity. This is especially true for those based in London, where plenty lack a kitchen table to work from, let alone a home office.

The harsh reality of property prices in the capital mean its residents pay for location, not space. Many city dwellers find that working from home becomes working from bed by default.

Aside from the obvious limits on efficiency that comes from people sitting hunched up in cramped flats all day wearing stained pyjamas, it’s not looking like a sunny forecast on the mental health front either. A telling study by global financial services company Jefferies found that 61% of more than 1,500 UK questioned said they would return to work immediately if they could.

Not only is the current state of affairs a far cry from what people actually want, but it’s already doing a stellar job of wrecking our economy.

A recent investigation by the Evening Standard found cities are starting to hurtle into a ‘polo mint recession’, where money’s being spent in the suburbs while the normally wealthy centres remain hollowed out.

Because there’s no one around to buy lunch on their breaks or nip to the shops, the steady flow of spending before, during and after office hours has dried up. We need to change that fast if we ever want to get back on track.

Of course people have reservations about public transport – but given the fact that 40% of households in the capital have a car and 40% of Londoners are cyclists, there doesn’t seem much need for nearly half of workers to be stationed at home 24/7.

The same will be happening in towns and cities up and down the country, so its time for business owners to take the initiative and get their people back into their premises.

There is plenty of guidance available, which was introduced during the lockdown for making offices safe, which, together with a generous dose of common sense, will help get workers back into centres rather them being board up and turned into ghost towns. 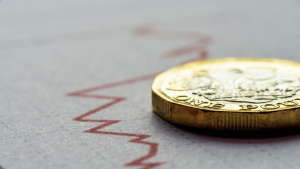 What will make a successful business in the looming recession? 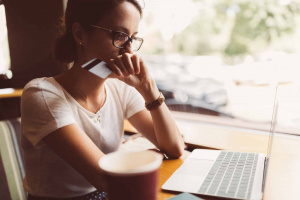