Evelina Girling is the founder of the London Cabaret Club in Holborn, an entertainment hub attracting the likes of Simon Cowell and Darcey Bussell, but it never would have materialised had she taken heed of the bad advice she was given.

Girling’s career started off in management consulting and finance, but a passion for the entertainment world drew her to getting the London Cabaret Club off the ground.

However, during a spin for Black Cab Entrepreneurs, Girling told Real Business the bad advice she was given was: “Don’t start a business.”

She can laugh about it now, of course, but had she taken the bad advice on board, she would have missed an opportunity to bring London something it was lacking.

Countering the bad advice with some wisdom of her own, she said: “If you’ve got a great idea and you’re passionate and you’ve got the drive, you should start a business – it’s so rewarding.

“I’ve started a crazy business, an entertainment business and a show, which was a huge undertaking, but it was definitely a good idea.”

Those visiting the London Cabaret Club should expect “something from a bygone era” as Girling and business partner Doni Fierro cater to public demand.

“They want us to go back to the days where you can dine, be entertained and dance after – that’s what’s appealing with our concept, people love to be entertained but also entertain themselves,” she explained.

In addition to celebrities, the London Cabaret Club welcomes locals and tourists, catering to celebrations including birthdays, anniversaries, work functions and a good old fashioned night out.

Sadiq Khan’s launch of the long-awaited night tube last year was also beneficial as it allowed Girling to expand the business offering with a late night lounge that will stay open until the small hours, meaning guests will no longer have to dash off for the last train.

With Girling achieving all of this since launching in 2013, it will probably make you think twice about listening the next time someone offers you some bad advice.

Check out what else she had to say in her Black Cab Entrepreneurs video below: 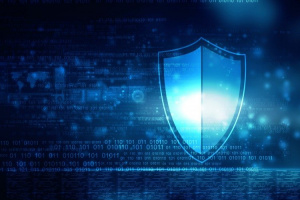