The 2017 annual report for the Women’s Business Council celebrated what it described as making “significant ground in engaging with female entrepreneurs”. The WBC was first launched in 2012 to support women in the workplace, both employed and self-employed.

The council report that there are roughly 1.2 million women led SME’s in the UK, contributing £115bn to the economy.

The council give a figure of 5.6 per cent of women involved in starting and or running a new business – half the proportion of men involved in enterprise. Celebration therefore seems a little premature

This is where it shows just how much work there is still to be done, and how much women need to campaign, not just on this International Women’s Day but every day , for more to be done to support women starting businesses.

Another report, conducted by Not on the High Street in collaboration with Oxford Economics, found that female business owners were still two and a half times more likely than men to say that confidence is a major hurdle to overcome when starting a business.

Other leading obstacles include doubt in finding the right sales channels for their products or services and in scaling, even in the early stages. Other causes of concern were finding staff and suppliers, as was accessing finance and sales and marketing tools. Perhaps not surprisingly, legalities and registration worries were negligible.

Arguably, these other reasons are all exacerbated by that lack of confidence.  It appears that women can easily believe they have the ability to research and follow through on their own, which they would be doing with legalities.

However, the areas that appear to strike terror into women’s hearts are those that require them to sell themselves – be it to their staff, suppliers, customers, or all three.

There’s been endless research on the differences in confidence between the two genders. One study from the University of California found the differences to be considerably starker in more developed, industrialised countries.

One could wonder if that ties in with the greater emphasis on power through business success within those countries – that male power stereotype that leaves women feeling inadequate.

Perhaps it’s the emphasis on having perfect looks in advertising and entertainment that leaves women feeling ashamed of their bodies that also contributes to this larger in-balance. Sheryl Sandberg noted women’s’ reluctance to put themselves forward way back when her book Lean In was first published, yet progress on this is still slow.

Reservations about accessing finance have firm and factual grounds. A recent report from Barclays and The Entrepreneurs Network showed that in 2016, a shocking 86 per cent of venture capital funded deals involved companies with no female founders. Going by value, 91 per cent of investment went to companies without a single female founder – even worse still.

Women may take comfort from the fact that also cited in the report was that women still manage to bring in 20 per cent more revenue on 50 per cent less investment! But, like it or not, the Barclays and Entrepreneurs Network report showed clearly just how little things have improved for female funding.

Anyone lacking in confidence looks around for re-assurance. Some 83 per cent of women who start their own businesses have known someone else who has done so. But, we need to nurture those women without a role model in their immediate circle.

It is not all gloom. One highly unusual example that can be seen of female business success, is in the beer industry.  Currently, 67.1 per cent of male drinkers cite beer as their popular alcohol of choice, but research has concluded that up until the Middle ages, it was mostly made and consumed by women.

There is currently a female brewing renaissance going on by the Brewhouse and Kitchen chain, pioneering a comeback of female beer drinkers and female brewers.

One of the traditional male bastions is under siege. As importantly, this is one great example to give other women in business that much needed confidence.

Looking at the year ahead on International Women’s Day 2018, we must reflect on how we can work even harder to increase female confidence, and how we can dramatically change the in-balance that stops women getting venture capital or angel funding, when the evidence increasingly shows that in reality, female entrepreneurs make a very sound investment indeed. 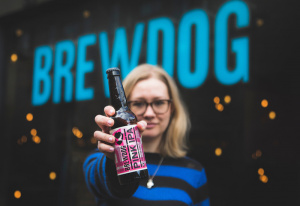