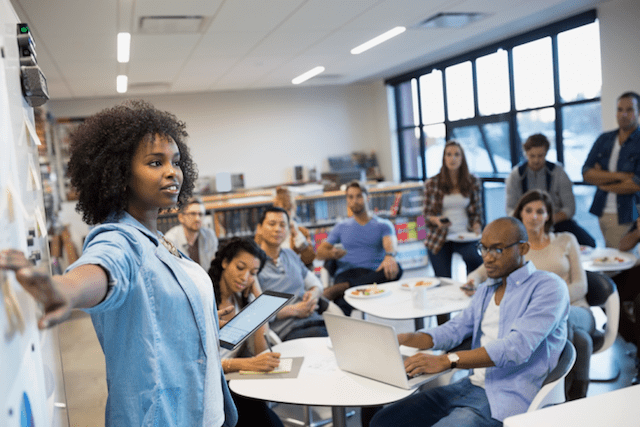 Share via
BAME employees, (those from Black, Asian and other minority backgrounds) are more likely to suffer job instability in the UK, according to a new study. The report, penned by the Carnegie Trust, University College London’s Centre for Longitudinal Studies and Operation Black Vote, found that younger BAME employees were most likely to be affected. By studying the?experiences of 25-year-old ethnic minority employees, the report found the group 50% more likely to be on zero-hours contracts while being 4% less likely to gain full-time employment. The report reveals an endemic lack of career opportunities for BAME workers at all levels of the employment economy; from their overrepresentation in financially unreliable roles to FTSE 100 firms, where a third have no ethnic minority professionals on their boards. Lack of racial diversity at board level is even worse?in FTSE 250 companies, where 119 out of 173 had no ethnic diversity, according to findings from the Parker Review Committee. The report suggests that unreliable pay and poor employment conditions could also have an adverse impact on the group’s mental health. A?spokesperson?for the Carnegie Trust highlighted the possible link between work and mental health by saying that “good work can have a really positive impact on peoples’ wellbeing.” Advocates of the report say employers should undertake internal audits including pay “employment terms” and promotion reviews for BAME employees in order to close the racial pay gap and improve their wellbeing at work. While the statistics are there, it’s still to be decided how this macro-employment issue will be improved. Currently, proponents of the research suggest a cross-collaborative effort between the Government, industry and mental health practitioners.