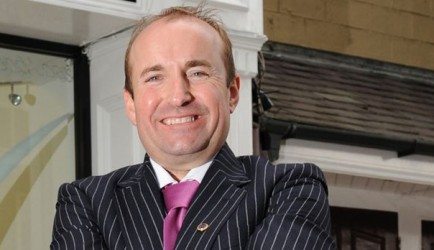 Anyone who saw last week’s Bank of Dave probably knew before Channel 4 warned them that they should “expect strong language from the start”!

Just as in last week’s episode, Dave Fishwick continued to rail against the major banks that he thought were doing so much damage to Burnley businesses. He also took to New York to demonstrate that investment banking wasn’t as tough as highly paid bankers make it out to be. He even made a profit. Then it was back to Burnley to “Pimp My Minibus” into a mobile bank and tour the country spreading the word to anyone who’d listen. The whole thing was over quicker than it took to eat a banana, leaving us all wondering what to do at 9pm next Thursday. Aside from the entertainment, Bank of Dave really has made a difference. Not only did “Burnley Savings & Loans” make a profit, it’s also being reported today that the FSA will review previously rejected bank licences, as well as how it assesses future applications. Now that’s impressive. Who knows how many similar “Bank of Dave” propositions have been unable to navigate the FSA’s red tape? While these changes will rightly get Dave even more positive headlines, the real success of the series is in how it revealed the subtleties of business lending. As someone who’s involved in the world of business lending everyday, my own view is that “the banks aren’t lending” argument oversimplifies what are a range of complex issues. One such issue was perfectly crystallised in last night’s episode by the story of Tariq, the caterer who needed £5,000 for some new machinery. The problem with Tariq’s case was that he had a poor personal credit rating. Having had an issue with a mobile phone contract a few years ago, his credit history suggested he wasn’t the right person to lend to. “We can’t help every application that comes in”, Dave’s Chief Financial Officer told him. Fortunately for Tariq, Dave saw things differently. Having spoken to him about the issue, Dave decided to lend Tariq the money. Dave decided that, while Tariq’s credit rating put him in the “computer says no” category, he could be trusted to pay the money back. What was the end result? Tariq made all his monthly payments. Essentially, Tariq’s story got to the heart of what is an increasingly important theme in business lending right now, namely the use of credit rating data to assess funding requests. The reality is that we are still yet to emerge from one of the deepest recessions this country has ever seen, and many businesses and individuals will come out of it with a blot on their credit history. Businesses that had one of their key customers go bust; individuals who lost their jobs. Unfortunately, bad things happen to good people and good businesses. Do these freak events mean they should be blacklisted as irresponsible borrowers? My own opinion is no, and it seems Dave agrees. Dave decided that he could judge Tariq better than the credit raters. He decided that just because Tariq had had a problem once, this didn’t mean he had an irresponsible approach to debt. To really change the world of business lending for the better, we need to find new ways to more accurately assess attitudes towards debt. I would argue that individual black marks on a credit history do not automatically signify an irresponsible attitude towards debt. Of course they go someway to proving something, but they are not the be all and end all. A recent report by Professor Russel Griggs into the major banks’ loan appeals processes suggested similar. As well as being hugely popular, Bank of Dave seems to have changed the FSA’s opinion on how it approves bank licences. If it could bring about a similar review of how credit rating data is used, then it will have really changed how viable businesses access finance. Joe Carstairs works at Funding Options, the online service that helps you find the right business finance solution from a range of products and providers.