There is, however, a sense of optimism surrounding 2014 after a strong 4Q13 and a healthy pipeline of prospective deals lined up, said David Silver, managing director at Robert W. Baird. Encouraging signs of an improving UK economy also offers hope that the number of deals could increase over the year. Industrials could be one sector to benefit from kinder macro elements, suggests Silver.

Industrials and chemicals was one of the few sectors in the UK that recorded an increase in deal values over the last year with a 19.9 per cent growth. With the outlook looking positive for the UK’s industrial sector, linked with an expected increase in a demand for exported UK-produced goods, companies could receive renewed investor interest.

Business services was one of the top-performing sub-sectors in 2013 and is expected to offer similar openings this year. Silver explains that “sustainable revenues and strong growth within services companies offering international coverage will appeal to overseas investors looking for opportunities. As with last year, US private equity houses are expected to continue to be actively pursuing such businesses.”

Telecoms represented the largest sector in terms of deal value, though Liberty Global’s £16bn 1Q13 takeover of Virgin Media heavily skewed this figure. The sector in total saw £16.4bn worth of deals throughout the year.

Falling unemployment and low interest rates boosted the UK housing market and construction industry, according to figures published by the Bank of England. However, investors remained particularly cautious and construction deals took the steepest fall last year, dropping 84 per cent from the previous year, while the fast-growing start-up scene in London’s Tech City boosted the number of technology deals by 14 per cent.

Meanwhile, the leisure sector – spurred by the strong buyout space- was up 52 per cent on 2012 values with a string of notable buyouts, including DR Capital’s £1.1bn acquisition of David Lloyd Leisure.

Total inbound activity was ten per cent lower than that of 2012, with the US accounting for 63 per cent with 216 acquisitions made over £27.4bn worth of transactions. Again, the year’s standout Virgin Media deal skews the figures somewhat as without it US inbound activity would have been down 45 per cent.

UK outbound activity was less affected, falling four percent. UK companies were involved in significantly more M&A activity than any other country in the rest of Europe, taking a 21.6 per cent share of European M&A.

In general, selling became more circumspect last year with auctions being opened to a narrower field of suitors, Silver said. “Private equity firms are not over-run with IMs – the market is much more focused on narrow or discrete processes with the best sell-side advisers moving away from broad selling processes so as to focus on their targeted buyers.”

Private equity buy-outs were down 33 per cent compared to 2012 despite a number of high profile deals in the leisure sector, including the £1.5bn sale of cinema chain Vue Entertainment. The deal earned OMERS Private Equity top spot in 2013’s buyout rankings.

The number of exits, meanwhile, rose 15 per cent compared to 2012, with 3Q13 featuring among the strongest quarters since early 2007. Both the exit and buyout rankings by volume were topped by Lloyds TSB Development Capital, with 3i Group leading the exit tables by value. 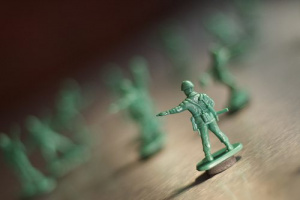 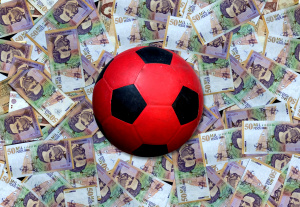 Why being CISO is similar to a football manager