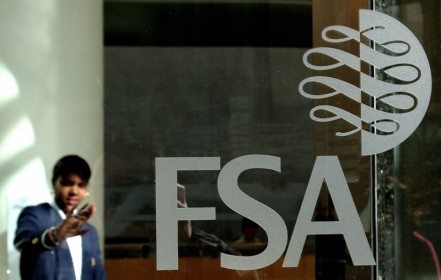 An extraordinary swathe of customers ranging from fish and chip shops to B&Bs, boarding kennels, farmers, one-man-band retailers, solicitors, as well as slightly bigger enterprises such as engineering companies and care homes have been signed up to these complex instruments.  The common complaint here is that loans – especially those taken out between 2005 and 2007 by these unfortunate enterprises – were often accompanied by an invitation to shield the borrower from interest rate rises by taking out interest rate swaps. What these borrowers didn’t appreciate was that if interest rates fell very significantly, which of course they have done from 2008 onwards, the costs of servicing the loan went up very considerably.  The experience of Paul Adcock, owner of a small electronic retailing family business that has banked with Barclays for 100 years is particularly illuminating. In 2007, according to Mr Adcock and the Sunday Telegraph, having been pursued by a young Barclays relationship manager for twelve months (“he would just not let go”) he signed up to what is known in the banking world as an asymmetric leverage collar interest rate swap.  Mr Adcock told the Telegraph that because he had a very large (for him) £970,000 loan with Barclays, he felt it was best to do as they suggested as at least it would protect him from rising rates. He admits he didn’t really understand what would happen if interest rates fell. Hardly surprising, as it took two days for a former senior derivatives banker to work out what Barclays had done to Mr Adcock – “normally it takes me half an hour, but this was a real bastard of a thing”.  Unsurprisingly, the derivatives specialist concluded that this instrument was completely inappropriate for Adcocks of Watton. You would hope, after all that, that Barclay’s would say “alright it’s a fair cop,” wouldn’t you? No chance.  In a statement, Barclays said it is “satisfied that it provides sufficient information to enable a client to make an informed commercial decision about the product it offers”. In other words: tough luck, not our fault if you don’t understand the small print.  As James Dean, the MD of Legal Plus, which is handling dozens of cases on behalf of small firms, points out, “I have seen hundreds of people who are desperately caught up by this. They are not sharp-suited companies. They are ordinary businesses.” Where is the FSA in all this mess? Well I was particularly heartened to read today that their new MD, Martin Wheatley, warned that the UK financial services industry “destroys trust” by aggressively selling complex, expensive products to retail investors and must put customers’ interests first.  While these are not retail customers, surely even the FSA understands there is a big case to answer? Ah well, you see, “it is a complicated issue and that is all we want to say at this time”, said an FSA spokesman to the Telegraph.  What the Fundamentally Supine Authority means is that interest rate swaps aren’t regulated, so can they really be bothered to get into yet another mis-selling struggle with our well-resourced-and-subsidised-by-us banking industry?  Mercifully, there is one ray of light. The Treasury, which as I’ve said before is the only institution that the “politicians” at the FSA pay scrupulous attention to, are saying “we will review this issue closely, alongside the FSA and the Financial Ombudsmen Service, to ensure that businesses have been sold those products in a clear and understandable way” Get to it FSA. In the meantime, the high street banks’ protestations that they are doing all they can to help Britain’s small businesses look ever more shallow by the day.