Our SME Economic Corner has been gaining steam through the insight of UK executives from the likes of PwC and American Express. The latter offered thoughts on the new £5 note while the former looked at business growth in the aftermath of the Brexit result – and we’re about to add one more executive to the list.

A recent event formed the basis of our questions, and we’re not talking about Donald Trump becoming president-elect. With chancellor Philip Hammond’s Autumn Statement behind us, there is plenty for enterprise to celebrate and speculate about.

Venture capital funds will be made to invest in SME growth, the National Living Wage will increase from £7.20 to £7.50 from April 2017 and UK Export Finance capacity will be doubled.

With such an array of meaty topics to delve into, we asked Richard Heggie, head of high growth and entrepreneurs at Barclays, to divulge his thoughts on the Autumn Statement.

(1) Philip Hammond promised £400m of venture capital funds for the British Business Bank in the Autumn Statement. Is this a fair amount of investment?

It’s a positive start.  A boost in availability of venture capital funds for the UK will be a key factor in maintaining momentum on what data indicates is an improving entrepreneurial landscape. British Private Equity and Venture Capital Association (BVCA) data – which includes UK and overseas investors – shows that expansion investments grew from £865m for 2014 to £995m for 2015.

Research we conducted with the Said Business School found that compared to US counterparts, many UK funds are too small to fund scale-ups and the UK needs more venture capital funds that are sufficiently large to finance them. A focus on boosting investors with in-depth sector specific knowledge, especially across non- consumer business such as life sciences and hardware and later stage venture financing for UK entrepreneurs, also presents a challenge.

(2) The chancellor is hopeful the pot will encourage companies to continue scaling, rather than selling to larger firms. A day after the Autumn Statement, it was revealed Skyscanner was sold to a Chinese buyer. Why are we seeing this pattern of companies selling instead of continuing to scale?

We have seen through our own studies (The Barclays Entrepreneurs Index) that across the UK that there has been a sharp fall in IPO activity of 0-5 year old enterprises, by 36 per cent. One reason for this could be a lack of confidence in companies to expand, along with increasing market volatility. A change in circumstances or uncertainty can cause businesses to stop and take stock of their progress to date, and as a result, many businesses halt investment until the future becomes clearer.

Improved access to finance and the funding ecosystem is supporting early stage companies with finance, and this could be contributing to companies delaying listing, for example, as they have sufficient growth capital. The industry must do its upmost to instil confidence in these businesses, and help with opportunities to thrive, as and when it is suitable for the firm and its growth journey. And in addition, devaluation of the pound has encouraged investment activity and exits such as this can be seen as a sign of a healthy ecosystem, leading to the creation of capital circle and, or successful serial entrepreneurs.

(3) Barclays’ own Entrepreneurs Index found an increase in business exits, with a 19 per cent rise in the number of M&As of companies less than five years old. Is this trend likely to continue?

Increased M&A activity was a key driver in entrepreneurial exits and we did see a record number of deals up to June 2016, up 33 per cent. This jump was led by the UK services sector, which was responsible for the highest proportion of deals in the UK in the year to June, accounting for 23 per cent of all deals taking place, followed by financial services (ten per cent), industrial products and services (seven per cent) and computer software (seven per cent). If interest from overseas investors continue, and the pound remains competitive, then this growth could likely stick around.

(4) Aside from its £400m of funding, what should the government do to achieve the scaling agenda set out by the Autumn Statement and incentivise continued business growth?

The number one issue on everyone’s mind is access to talent. Putting policies and processes in place to guarantee that UK entrepreneurs will have access to overseas skills and talent needed to drive the growth of their businesses will support Britain’s scale up mission.

A focus on boosting later stage investors and a focus on support in specialist expertise in key growth sectors, for example in STEM subjects (science, technology, engineering and mathematics) will further boost skills and the government’s £2bn investment into R&D will ensure that entrepreneurs in these sectors in particular have a strong environment to expand. Ensuring funding remains for entrepreneurs, particularly across regions is another challenge the UK must overcome, in order to boost scale ups. We’ve launched a £200m venture debt fund to help those early stage companies get the finance they need to grow quickly.

Read on for more insight on the National Living Wage increase and the promise of £1bn broadband investment. 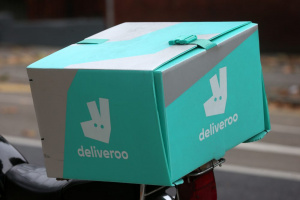 What we can learn from the gig economy 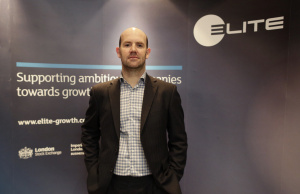