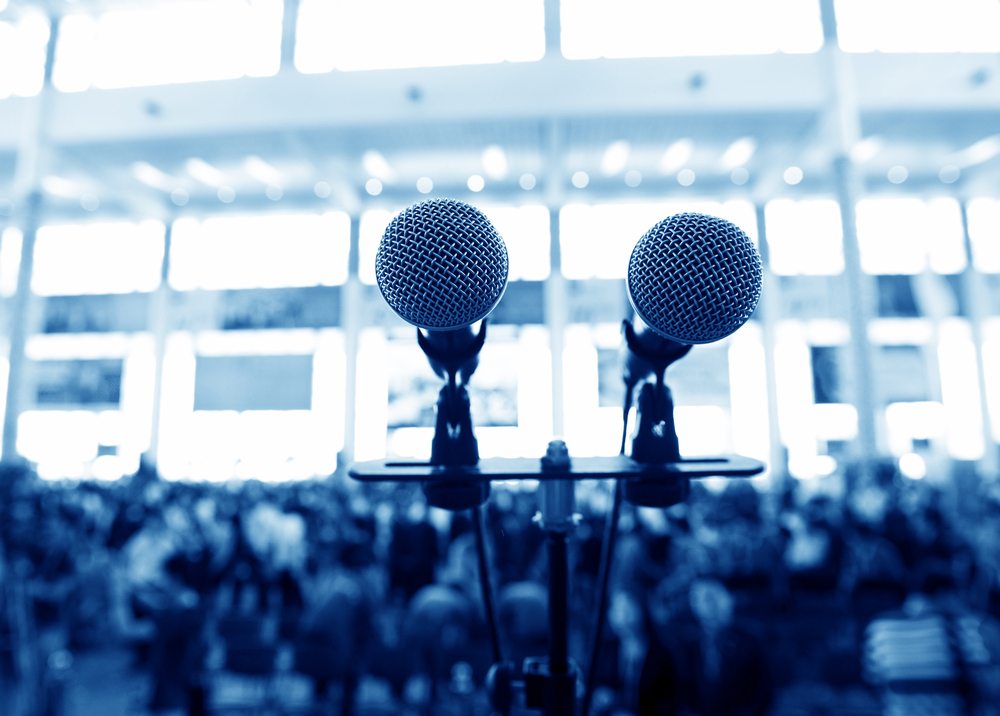 Share via
While some thrive on public speaking, the majority of us will display nervousness at addressing?an audience. But fear not, there are tips you can follow that will help you be a great public speaker. After all, not everyone?s a natural to start off with. Take guru Warren Buffet as a case in point. According to Forbes, he specifically chose college classes that wouldn?t have him stand up in front of other students. He ended up later taking a course at Dale Carnegie to overcome his?fear in order to?be a great public speaker. ?You have to learn to communicate in life, it?s enormously important,? he said. ?if you can?t communicate and talk to other people? you?re giving up your potential.? You don?t always need to splurge on a course?though. And?who better to get advice from than a pro? Simon Scriver unveiled to Real Business seven rules that will help you be a great public speaker. Here they are: (1) Don’t draw attention to your mistakes ?People generally only notice your mistakes when you draw attention to them. Don’t tell people you’ve forgotten something. Just take a pause, have a drink of water, and move on.? (2) You?ll be speaking faster than you normally do ?You’re almost certainly speaking too fast. Slow down a bit. And a little bit more. Perfect.? (3) Everyone needs to hear your voice ?If you’re projecting your voice to the back of the room then you know everyone can hear you. If people need to strain even the tiniest bit to hear you, then you’ll lose them immediately.? (4) Use the amazing power of the pause ?The pause is one of the most effective tools in public speaking. It emphasises the point you just made. It allows your audience to digest information. It grabs people’s attention. It allows you to compose yourself and remember what’s next. Don’t be afraid to pause, even for ten?or 15 seconds ??it feels a lot longer to you than to your audience.? (5) Know where to look ?Don’t look at the slides behind you ??have a copy in front of you so that you never turn your back.?Don’t look at the floor. Don’t look at the walls. Try and take the time to make eye contact with every person in the room. Even if you only make eye contact once, an audience member will come away feeling as though you spoke directly to them.? (6) Your audience is rooting for you ?They’re there because they want to learn and want to be entertained. Even if they were forced to attend, they still want to get the most out of it. They want you to succeed, even if it doesn’t feel like it.? (7) Practice helps ? seriously ?We?often only speak to an audience during the most important and stressful events of our life. So, take the time to practice in situations where there is less pressure: practice on groups of co-workers or even your cats.” Image: Shutterstock