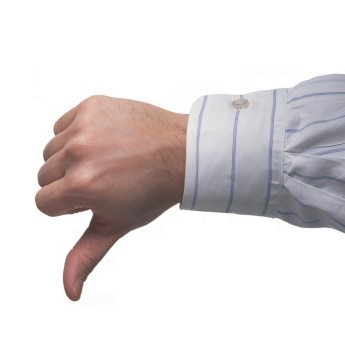 What on earth possessed David Cameron to chose Adrian Beecroft to do the report on employment law reform? On every front, it could not have been a worse choice.

Mr Beecroft is a venture capitalist – immediate red flag to the average socialist. He’s a man who admits to be on a very personal campaign of employment law reform based on his own personal experience of paying out to his ex-HR director – highly independent of view then. Finally, he is a man given to statements that would have half the Tory party rebelling, such as “Workers sacked because the boss doesn’t like them is a price worth paying“. How damning of bosses characters and workers rights alike? How inflammatory and how excruciatingly inappropriate?

Not surprisingly, the actual Enterprise and Regulatory Reform Bill proposed by the government differs vastly from the recommendations of the report, which included: disposing of around 20 of the main regulations, introducing no fault dismissals, reducing the consultations period for collective redundancies, and revoking the third party harassment provisions of the 2010 equality act.

Instead, we have the proverbial Cameron-diluted-by-Clegg-result. Several layers more hoops on both sides to jump through, from ACAS to a new band of legal officers dealing with some cases, and the essential infrastructure still in place. Not surprisingly, the IOD is not happy.

What no-one dares to spell out is that the whole employment quandary is based on the age old pre-conceptions of boss versus worker. A percentage of the population still view employers as rich, totally self-interested, rip-off merchants who hire and fire for the fun of it. The reality is very different.

The majority of people running small businesses in Britain today have their backs against the wall. They are juggling to keep the business alive under incredible pressure, with no time or cash to spare. They are desperate to hang on to their good staff – they need optimum performance to survive. Recruiting and training takes huge amounts of money they don’t have. That said, they cannot possibly carry staff who are damaging their businesses nor afford the payments required to HR firms to ensure they stay up to date with ever constant changing legislation, and create a paperwork trail on every employee that would stand up in a High Court trial for fear of a tribunal ever hitting their doorstep.

They cannot be the positive force needed to drive their business forward if they’re permanently shunted into a corner dealing with paperwork. This situation is one of the main causes why so many good British firms having abandoned local manufacturing for foreign climes. For those left, too often the HR bills or payments to dispose of damaging staff make the difference to a firm’s chances of surviving.

The principals of protecting unfair dismissal are absolutely sound. The mechanisms of them, however are far from it. They encourage antagonism on both sides, cause unbearable stress levels for both parties.

Many protest about the odd employer who would take advantage of a system without them. Equally however, there are the odd employees who equally take advantage, know how to work the system, know employers live in fear of tribunals and that some will pay out happily to avoid them. No law is perfect. Someone, somewhere will always get away with something. We do not live in an ideal world.

Needless to say, it is the small business that is hit the worst. The effect of the red tape costs Britain more jobs and the situation will only become worse in these grim economic times, as businesses become more desperate for survival. While Beecroft has proved to be an embarrassment, the government must still take its backside off the fence and help business in Britain. Failure to do so will result in many more business owners and good staff alike joining the ranks of the unemployed.