Feng-shui made an appearance in the workplace some years ago, led by The Body Shop, and BA. Recently, many companies including Virgin are adopting even more disruptive approaches to naturalise office design, from layouts enabling staff to move around and settle as they are inclined during the working day, to working areas designed by the staff themselves.

Some companies are also installing nap pods and sleep rooms as we understand more about how crucial good rest and avoiding burnout is to our capacity to function.

Pioneering the sleep revolution has been Arianna Huffington, both actively campaigning and with her book “The Sleep Revolution”.  Huffington is quoted as describing deprivation of sleep as the “new smoking”, a habit morphed from being something to boast of into something that is recognised as seriously harmful. She herself collapsed with exhaustion in 2007 and has been lobbying for sleep awareness ever since.

Lack of sleep decreases effectiveness of the immune system, increases susceptibility to hypertension and mental health issues. Research is now showing that sleep activates a clearance of waste toxins from our brains, enabling us to perform better. But the addiction to devices various that has come from the digital revolution has vastly increased the numbers with sleeping issues.

Many people sleep with their technology nearby and even interrupt their sleep to check it. There is a knock on effect to businesses and the economy as more sick days are clocked up, absenteeism rises and productivity drops.

Burnout – how technology is enabling

We are all finally recognising that technology has pushed us into a whole new age of burnout and the results will be beneficial to neither company nor individual if allowed to continue. Companies used to expect that employees who wanted to get ahead were available 24/7. Now, many are instead actively encouraging people to take down time, time spent absolutely not thinking about work and to now completely switch off their emails late at night or at weekends. Such behaviour would have consigned a career to the depths of Siberia only a few years ago.

However much companies try and instil this change of taking proper downtime, some onus still falls on individual responsibility to ensure that it happens. Business leaders are therefore ensuring they not only take “me” time but are also ensuring the world knows it, to set trends by example.

The message is getting through, and people are indeed taking steps to manage their own stress as well as tackle the causes. Dave Courteen of Mosaic Health and Spa noted that the spas have changed from being the preserve of affluent ladies to being populated by the hard working deliberately taking time off.

Many business leaders take their personal time in the early mornings. Richard Branson, Disney’s Robert Iger, Yahoo’s Marissa Mayer, Apple’s Tim Cook and Howard Schultz of Starbucks are all notable early risers. While there is productive work time to be had in the peace and quiet, most enjoy taking time for themselves.

Many like to exercise, not surprising when research now suggests that exercise is not only healthy but makes you smarter and boosts your creativity. Apple’s Cook hits the gym by 5am. Jack Dorsey jogs six miles. Coffee magnate Schultz walks his dogs. Branson likes to play tennis, or go for a run, a bike ride or even a kitesurfing – and attributes much of his success to his always having prioritised fitness. He believes it adds hours of productivity to his day.

Others take a gentler approach and turn to yoga, and many slow further still, adding meditation to their routines. Meditation is renowned for helping people switch off, to re-ground, find focus and de-stress.

The Rising Network in Cambridge is an example of a new style of business support groups that aim not just to support people in accomplishing their business goals, but also in achieving more balanced lives.

The Rising Network also offers mindfulness, another newly popular antidote to contemporary stress. Founder Lily Cheng told me that since technology has made our lives so noisy, she is seeing an ever increasing number of people seeking relief in mindfulness, spirituality, and holistic approaches. Yoga, long since mainstream, has been joined by Chinese medicine, and acupuncture, mindfulness and meditation.

As demand increases, many more business are investing in holistic approaches to keep their staff happy, healthy and productive. Adnams, a brewery in Suffolk, have been converts to alternative therapies for their employees for several years now, offering weekly therapies such as aromatherapy and reflexology in tandem with conventional health checks to look after their staff and keep them happy and healthy.

Johnson & Johnson are perhaps the one of the best known companies for pioneering holistic employee healthcare in UK. Its approach includes a two day workshop on energy for performance in life, aiming to expand energy levels through spiritual alignment, mental focus, emotional connection and physical energy. It is a message that would have once sounded purely Californian hippy, but is now sitting at ease within our business.

Proper work life balance, combined with Eastern philosophies of self-care and stress management, are being adapted everywhere to the benefit of companies bottom lines and employees.

Staff are confident they’ll continue to matter, so bring on the AI personal assistants 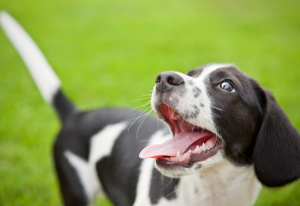