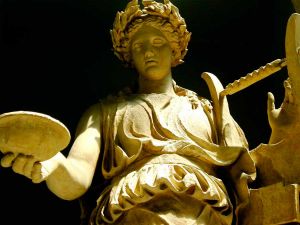 Lifestyle coach Steven Day once said that “if some of the greatest figures in history have lost their way or needed a bit of guidance, then surely we mere mortals can occasionally do with someone to offer them perspective or help them fulfil their potential. Sometimes people just need a little reassurance from an outside party and to be given the right tools to help them focus on what it is they really want to get out of life, whether that be a better job, a nicer house, learn a new skill or to take up a new hobby.”

Indeed, various famous figures have needed coaching to find their path to achieve greatness or success.

One of the greatest emperors of the ancient world, Alexander the Great was tutored by the philosopher Aristotle during his early teenage years in matters such as philosophy and logic. Not only that, but Aristotle is also thought to have encouraged him to go on the conquests that would make Alexander one of the most famous figures in history. Although the pair later fell out irreconcilably, Aristotle had left his mark – the emperor reportedly carried annotated works by his teacher with him on most of his military campaigns.

One of the world’s greatest composers may well have been passed by had it not been for the intervention and guidance of his teacher, Christian Gottlob Neefe. Although Ludwig was originally taught by his father Johann, Beethoven Senior soon became little more than a pushy parent with sky-high expectations; and by Ludwig’s early teens, their relationship had broken down. Neefe, a musical director from Bonn, was recruited to be the young piano player’s new mentor and he immediately helped him fulfil his potential. They remained friends for life, and Beethoven later told him: “If I ever amount to anything, this will undoubtedly be your merit.”

As made famous by the 2010 film The King’s Speech, King George VI needed extensive speech therapy to overcome a stammer that was blighting his public speaking duties. The origins of George’s impediment lay in a deeply unhappy childhood, an issue which his Australian therapist, Lionel Logue, had to contend with to solve the problem. The therapy was a success, culminating in George taking the crown after the Abdication Crisis and delivering a live wartime broadcast to the nation over the wireless, stammer-free.

Before his stint as the great wartime Prime Minister famous for his “fight them on the beaches” speech in 1940, Churchill was far from flawless in his public service. He was error-prone and performed poorly in his role as First Lord of the Admiralty during the First World War and his budgets as Chancellor of the Exchequer in the 1920s.
His wife Clementine’s affection and support proved to be a calming influence on her husband. Churchill wrote to her: “I always feel so overwhelmingly in your debt.”

One of the 20th century’s most influential thinkers, Orwell was disinterested in school and his academic performance was poor. But after serving as a policeman in Burma and spending some time with his grandmother, Orwell is said to have “re-appraised his life” whilst on holiday with her in Cornwall in his mid-20s.

Ronnie O’Sullivan, widely regarded as the most talented snooker player of all time, needed the help of sports psychologist Dr Steve Peters to help him overcome a host of personal problems. Following his time with the now renowned Peters, O’Sullivan played some of the best snooker of his two-decade long career to win back-to-back World titles. He handed the credit to his mentor, stating: “If I was Manchester City, I’d go out and pay £30m for him right now.” Image source By Shané Schutte