In 2014, four men were jailed in Birmingham after police seized £1.3m in counterfeit £10 notes. In 2015, the US Secret Service suppressed 145 counterfeit manufacturing plants and prevented the circulation of $58m. And in 2016, the Secret Service seized $30m of fake US bills and €50,000 of fake euros in Peru – the largest seizure of fake currency to date.

With criminals constantly looking to undermine authorities and create fake currency, treasury departments around the world are issuing new series of banknotes and coins at an accelerated pace.

However, any change in currency design means businesses that handle cash must prepare and plan to avoid potential disruption to operations. This includes awareness of the new changes – what to look for – as well as an understanding of how these changes may impact cash handling and processing.

There has been no shortage of currency redesigns worldwide in recent times, all aimed at reducing the costs of counterfeits to businesses and taxpayers.

In the UK, a 12-sided, bimetallic £1 coin entered circulation on March 28, 2017, the Royal Mint dubbing it “the most secure coin in the world.” At the same time, while only a small percentage of banknotes are counterfeit – just .0099 per cent in 2016, 85.6 per cent of those the £20 note – the Bank of England has begun rolling out a new series of polymer banknotes to stay one step ahead of fake currency.

These banknotes include new security features, such as a see-through window and colour foil portraying Elizabeth Tower. The new £5 note, introduced in 2016, has already completely replaced the old, paper version, and the £10 and £20 notes will be updated with polymer replacements by 2020.

New design and security features make the banknotes easy to distinguish from the first series and more resistant to counterfeiting. For example, the new transparent portrait window feature makes it easy to check the new Europa series €50 for authenticity, using the feel, look and tilt method.

Materials of choice: Paper vs. polymer

When it comes to materials, there are two main competing substrate technologies for today’s banknotes: paper and polymer. It’s up to each country’s central bank or treasury department to select which will work best for its unique economic and political situation. Neither technology is immune to counterfeiting, so security features other than the substrate alone must be developed and applied.

While some of the innovative security features in the new polymer banknotes can be incorporated into paper – such as the transparent window – there are security features of some paper banknotes, for example thread, that cannot be easily integrated into polymer. Bosses that handle cash should take note of any substrate changes and understand how this may impact the way they operate and handle cash.

While many say we’re moving towards a cashless society, currency redesigns can still have a huge impact on businesses. It’s essential to be prepared and work with organisations that have proven expertise and knowledge of domestic and international currency changes. With the right technology and the right training, bosses can be certain they’re ready to accept whatever governments next introduce.

This all contributes to a seamless experience for the customer, freed from the worry of how changes associated with currency redesigns will affect how they want to spend or use their money, and a business and nation that can be a little less fearful of forgeries.

Theresa May ignored the 48 per cent of Brexit remainers 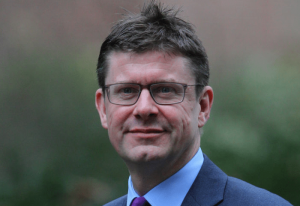