Our work with UK businesses has enabled us to watch many companies embark on trade endeavours with great success. From exporting clothing, to importing coffee – each business has recognised the promise in a market, thought through key sector considerations and developed an international payments strategy that works best for its operations.

The last four weeks I have given guidance on the considerations when trading internationally, managing currency risk, the fluctuating pound and how to operate in restricted currency markets. But for my last article of the series we will look at an internationally trading business success story – UK-based fish importer, Benson’s Foods.

It is not widely known that specific industries around the world only operate in certain currencies, such as cocoa, tuna and gold, which are always priced in US dollars. This means that some businesses are particularly reliant on one exchange rate. Benson’s Foods deals in the fish industry, which means that much of its international trade hinges on the strength of the US dollar.

Over the past year, we have seen the USD/GBP rate fluctuate significantly, with the USD hitting a high of 0.6355 and a low of 0.5816 against the pound. For Benson’s Foods the fluctuating exchange rates could have meant a pound difference of almost £1,617 on a $30,000 deal – therefore it was vital for the business to have a currency plan in place.

Managing director, Steve Lewis, discusses the thinking behind the company’s international payments strategy: “After being in the business of fish imports for many years, in 2010 I decided to venture out on my own and start up Benson’s Foods. Having imported over 4m cans of fish, it is fair to say that a large part of our success is down to our foreign exchange strategy.”

“Dealing predominantly in canned fish, we do business with dozens of EU approved factories around the globe. Our product is sourced from all over the world – from locations such as Morocco, South America and Thailand.”

“For different fish we look to different markets to ensure that we find the best prices and pass them back to British retailers. Once the retailer confirms the order, there could be a period of three or so months before the transaction is processed and the goods are delivered to the store. In some cases, such as Alaskan Salmon, the lead-time could be up to nine months,” he said.

“Working with such long lead times leaves a lot of space for currency movements to occur, so we were advised that we needed a solution to manage the associated risks. It was then that we sought specialist guidance and developed a plan to protect the business’ transactions from this currency risk.

“Because of the long lead times, speculating on exchange rates just wasn’t for us. While we did consider that we could be potentially missing out on added profit if the rate moved in our favour, the losses if it moved the other just wasn’t worth it.

“A forward fix rate contract enables us to book international payments at an agreed rate – so even if the rate changes between the time of order and delivery – we have security in knowing that the transaction will go through at the planned value.

“Forward contracts give us peace of mind to know that our transactions will retain the same pound-value no matter what happens in the market, and that the profit margin in is iron-clad. By using this product, we know a USD order equivalent of say £20,000-£30,000 will still be worth the same to the business three months down the line.” 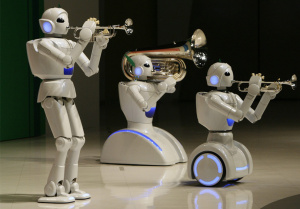 Will robots replace your employees? 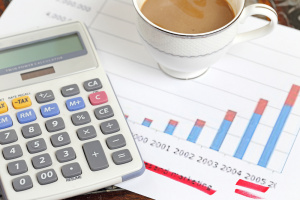