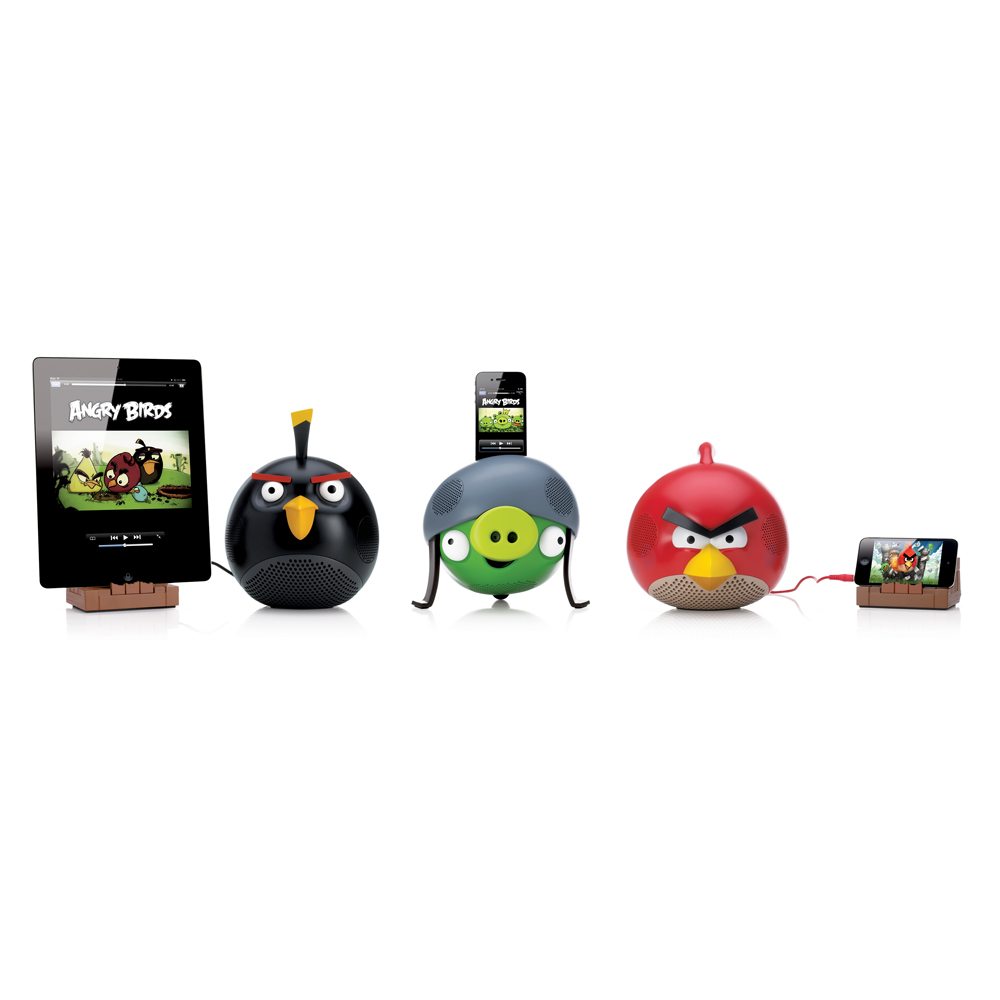 Launched at the end of last year by GEAR4, the iPod accessories brand run by Tom Dudderidge, these Angry Birds speakers weigh in at 1.4kg and are compatible with all generations of iPod and iPhone, as well as any music device with a 3.5mm headphone jack.

They might look like toys. But with 30W of power in a compact 2.1 speaker system, these Angry Birds products pack a real punch sound wise: there’s a powerful subwoofer in the base of each Angry Birds speaker to give a rich bass sound. Given that Rovio’s Angry Birds game has been downloaded by more than 50 million people and accounts for 200 million minutes of gaming each day (that’s 1.2 billion hours a year), these speakers will be sell like hot cakes. Angry Birds is number one in Apple’s app store in 69 countries and has ranked in the top three in the US since spring 2010. GEAR4 bought the worldwide rights to produce Angry Birds-licensed products in 2010. The price tag: £49.99 for the Red Bird model, rising to £69.99 for the Helmet Pig and Black Bird models. Remote control included. Warning: do not slingshot across the office.