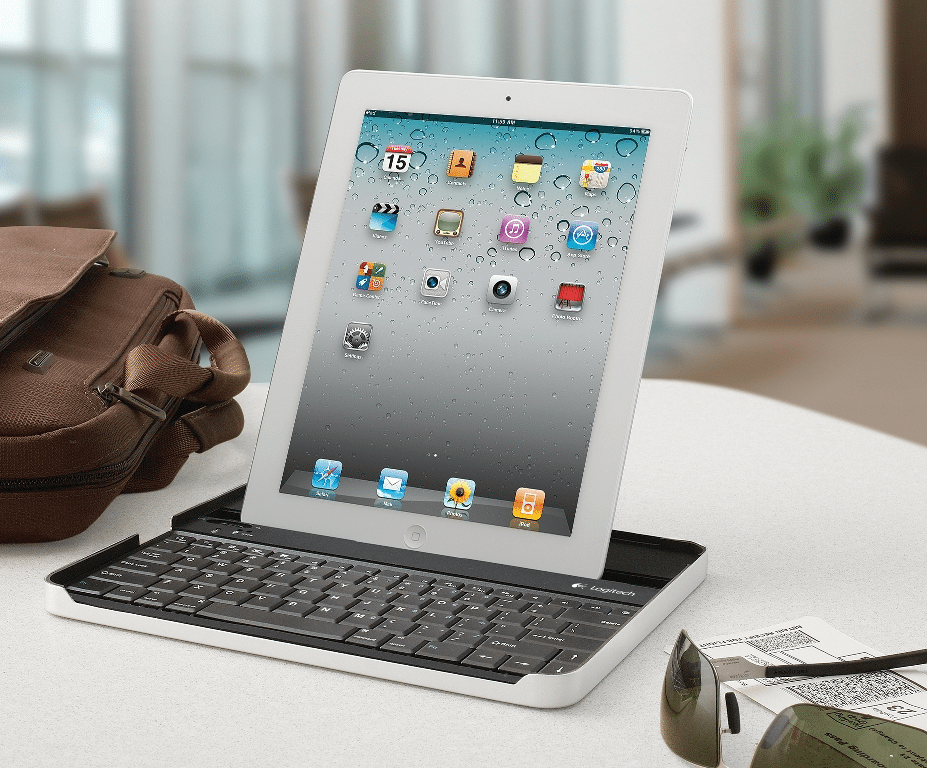 We’re huge fans of the iPad, but when it comes to closing Angry Birds and writing emails or do proper work, we still like the feeling of a good old fashioned keyboard.

But this isn’t an “either/or” situation, thanks to the new Zagg iPad keyboard. You can have the best of both worlds. With its sleek aluminium cover and military-grade, high-density padding, Logitech’s Zagg iPad 2 keyboard is a thing of beauty. Not one meeting has gone by when someone hasn’t commented on it – our commercial director has gone so far as to say he’s won business thanks to it, thanks to people coming up and asking him about the Zagg keyboard at conferences. The keyboard connects to your iPad via Bluetooth. Once you’ve paired the keyboard with the iPad, you’re set: every time you turn it on, it automatically connects to the iPad. Another bonus? It has an amazing battery life, which lasts for months.  The only downside is its weight. When using the iPad 2 version of the keyboard with your iPad, it feels a little like you’re carrying a laptop around rather than an iPad. But that’s not a huge price to pay for its durability. At £89.99, it isn’t cheap, but you do get what you pay for. The Zagg is top quality. We’ve had an old one for over a year and despite a bit of rubber coming off, it still works as well as the day we bought it.