Before we jump into the 2017 Halloween marketing campaign from Burger King, which will have likely left McDonald’s executives rolling their eyes, let’s remind ourselves of the two rivals’ recent clashes.

Burger King is known for its quirky, somewhat inane, messaging. It frequently takes to social media to chant its love for fries, chicken fries, chicken nuggets, and all that good stuff in a relaxed and casual manner.

wonder how many relationships started because of fries

*Gets Chicken Fries lower back tattoo*

By comparison, McDonald’s has a more grown-up and structured approach, pushing new deals and capitalising on certain trends. You could compare the two to an older sibling seeking to distance itself from an immature little brother.

That much was clear for the response McDonald’s CEO Steve Easterbrook gave Burger King for its playful proposal on Peace Day 2015. To recap, Burger King wrote an open letter to its foe and suggested that they bury the hatchet and make peace.

“Good morning McDonald’s, we come in peace. In fact, we come in honour of peace. We know we’ve had our petty differences, but how about we call a ceasefire on these so-called ‘burger wars’?”

The letter went on to suggest the pair unite to form a new creation called the McWhopper in honour of Peace Day.

“All the tastiest bits of your Big Mac and our Whopper, united in one delicious, peace-loving burger. Developed together, cooked together, and available in one location for one day only – Peace Day 2015, with all proceeds benefiting Peace One Day,” the letter continued.

Easterbrook took to McDonald’s Facebook page to issue a reply, which was met with disappointment from fans of the brand.

“Dear Burger King, Inspiration for a good cause… great idea. We love the intention but think our two brands could do something bigger to make a difference. We commit to raise awareness worldwide, perhaps you’ll join us in a meaningful global effort?

“And every day, let’s acknowledge that between us there is simply a friendly business competition and certainly not the unequaled circumstances of the real pain and suffering of war. We’ll be in touch. P.S. A simple phone call will do next time.”

On the back of his reply, one respondent said: “What the heck, McDonalds? You had the chance to up the ante on BK’s challenge and you decided to make yourself look like a bitter, old stiff and lose fandom to BK instead? Imagine if you had said yes and added something even cooler to the proposal?”

Another added: “This was the lamest response ever. Boring af.”

Fast forward a year, and Burger King was feeling mischievous – and perhaps vengeful after the Peace Day snub – with its 2016 Halloween marketing campaign. BK disguised its restaurant as a ghost with McDonald’s scrawled on it, with a message saying: “Just kidding, we still flame grill our burgers. Happy Halloween,” suggesting the preparation of its products tops those made at the Golden Arches.

For the 2017 Halloween marketing, however, Burger King has this time made a mockery of McDonald’s mascot, Ronald McDonald, with a lookalike terrorising a youngster who takes refuge in a Burger King restaurant.

The point? Well, there’s method to the madness. Anyone who dresses like a clown on Halloween itself, will “eat like a king” as they’ll receive a free Whopper burger at selected Burger King restaurants hosting Scary Clown Night.

It’s yet another outlandish idea from the fast food chain, but one that will probably put McDonald’s nose out of joint as it will likely have plenty of consumers taking on the Halloween marketing challenge.

This comes hot on the back of another Halloween marketing effort from Burger King, which jumped on a screening of clown-themed horror film It, which was rebooted and released in cinemas just weeks ahead of this year’s day of terror.

At the end of the movie, Burger King issued a simple message: “Never trust a clown.”

Has Burger King produced the best Halloween marketing effort of the year?

Your move, McDonald’s – you’ve still got a few hours left to rise to the occasion. Just make sure it’s not “boring af” this time.

Five things investors want to see in a business plan 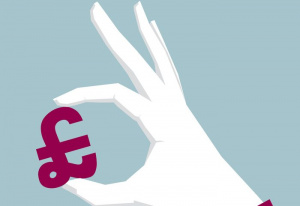