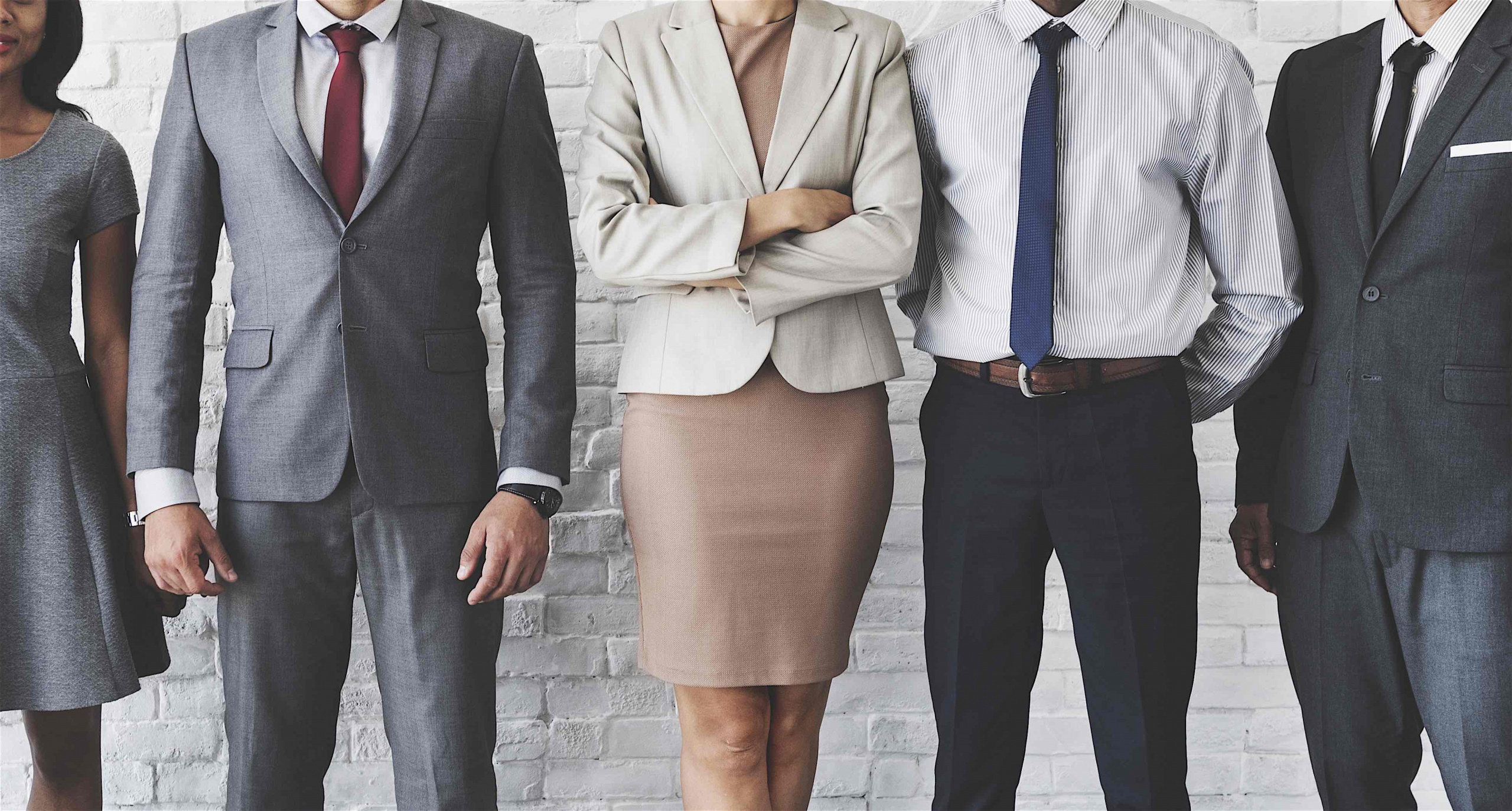 Share via
Medium-sized businesses in the UK have created more jobs in 2019, and employ more people than either FTSE 350 or small businesses, according to new figures published by accountancy and business advisory firm BDO.? Medium-sized businesses employ 7.6 million people compared with the FTSE 350 and smaller businesses who employ 6.9 million and 1.6 million respectively. These businesses are also leading the way when it comes to the rate of job creation. BDO’s analysis reveals this market created an additional half a million jobs in twelve months, an 8% increase compared with the previous year. Just who are these businesses and what can you learn from them?

Top medium-sized businesses in the UK

Recognising world class privately-owned UK SME companies with turnover of ?50m+. Here?s what you need to know about the best medium-sized businesses that made waves since 2017.

Verdant Leisure is a holiday park company operating in Scotland and the north of England.?

Beautiful sunrises ? are best captured in the countryside! Take a look at this beautiful sunrise from Thurston Manor on Friday, the best way to start the day, don?t you think?! Thanks @georgieboy70 for the pic! ??#sunrisesunday

Founders: Graham Hodgson, Andrew Wall and Bev Dixon
Growth story: Launched in 2010, Verdant Leisure has maintained an impressively low customer service complaint ratio of 0.8% and invested over ?6 million in its portfolio over the last two years.?Annual turnover is estimated to be ?31 million for 2018-2019. Forecasts also estimate that employee numbers will have nearly doubled by 2019.

“The sector we operate in is hugely competitive, however, with a strong management team we’ve been able to differentiate by steering a middle ground between the ‘full-on’ action of the larger holiday park operators and the sedate, more basic environment offered by smaller businesses.” ? Verdant Leisure? 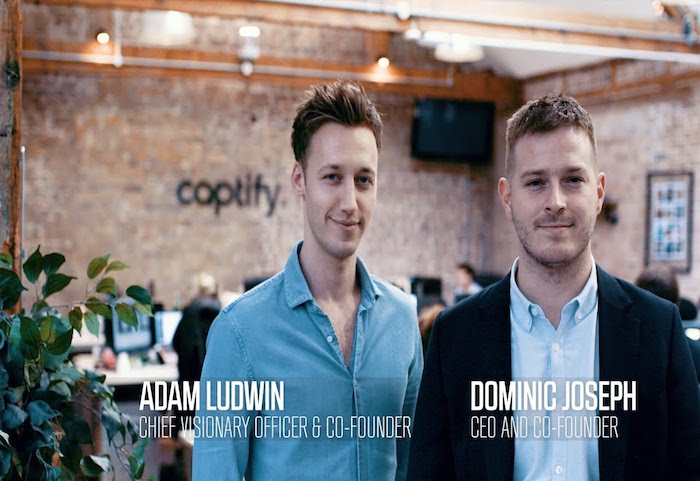 Founders:?Adam Ludwin and Dominic Joseph
Growth story: Launched in 2011, Captify achieved ?1 million profit in its first year of operation.?By 2015, Captify increased gross revenue by 300% and its employee base from 11 to 65. It received an impressive investment of ?8 million Series B funding from Smedvig Capital in the same year, allowing for further investment in technology.

“In an era of black box uncertainty, Captify is a beacon of certainty, unlocking the truth about markets, brands and consumers through the honesty of search. The goal is simple ? to put search intelligence at the epicentre of every single market, business, marketing and media decision around the world.”?? Captify 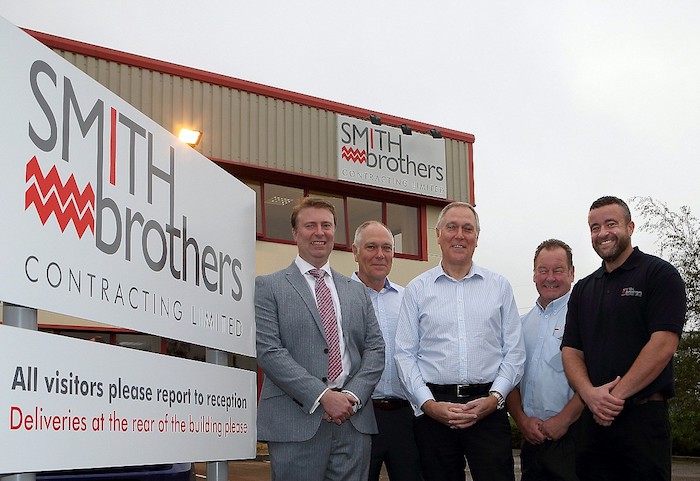 The Smith Brothers team with co-founders Richard and John Smith ( both centre).

Founders:?Richard and John Smith
Growth Story: Launched in 1999, Smith Brothers provide services across an array of sectors, including renewable energy. Having expanded abroad, with the opening of an Irish division of business during the years 2016-2017, the company has projected a further 50% uplift in sales and a ?40 million turnover for 2017-18.

“A continual investment into our team not only endows them with ongoing development opportunities, but also ensures we can continue providing clients with a safe, smooth and efficient end-to-end service. Now, we’re not just keeping up with industry advancements ? as a leading ICP, we’re helping to shape them.” ? Smith Brothers (Contracting) Ltd 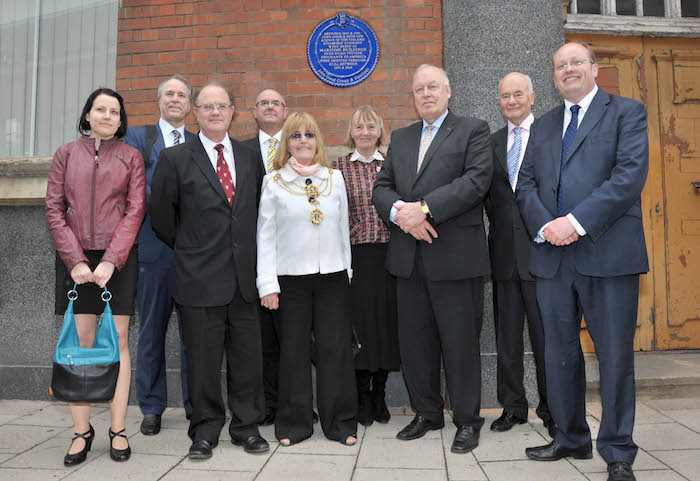 Founder: John Good
Growth story: Founded in 1833, John Good Shipping has an impressively slow staff turnover rate, with over 50% of employees?having remained with the company for five years or more. It has invested in the latest shipping technology, allowing customers to interact directly with its system. The business also has a charitable arm, the Mathew Good Foundation, that uses company money to implement social incentives within the communities in which it operates.

“The business has core values underpinning all its moves. It aims to make long term business decisions, always seeks to improve and hopes to stand out as a responsible member of the community. With a lean management structure the company is agile, able to make decisions independently which gives it a good advantage in the marketplace.” ? John Good Shipping

Checkout.com uses 100% proprietary technology to handle every part of the payment process for customers. 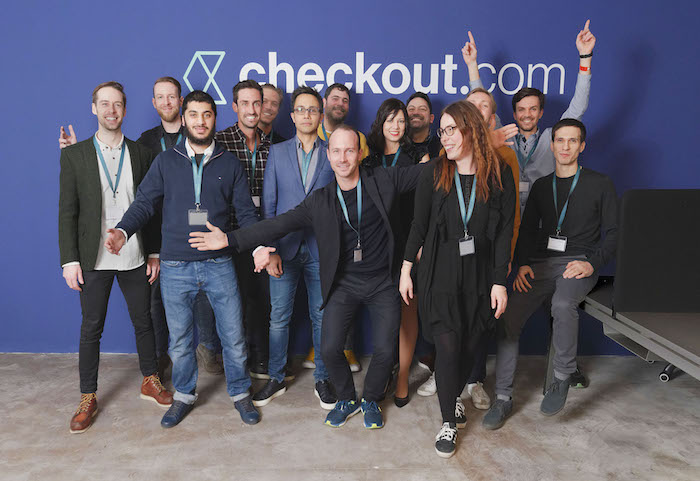 Founder: Guillaume Pousaz
Growth story: Over the last six years, Checkout.com has gone from a bootstrapped startup to an international organisation that processes billions of payments every year. Business revenue and profit continue to grow. In the last year, the company’s UK employee base grew by 90%.

“Checkout.com puts the ‘service’ back into ‘payments service provider’ by delivering flexibility and control to merchants and customers with a superior product and world-class merchant support that stands out from the crowd. It remains committed to meeting the needs of modern merchants operating in a globally competitive e-commerce environment.”?? Checkout.com

Giacom provides a single platform for IT companies to gain access to a wide range of services. 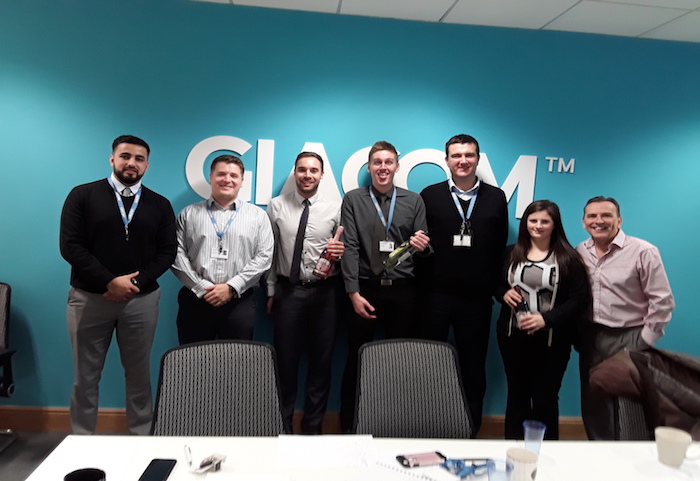 Founder:?Nick Marshall
Growth story: In the last few years, cloud services provider Giacom has delivered profitable growth. The in-house built platform now provides more than double the services to double the customers than it did two years ago, and due to the flexibility of the infrastructure can continue to scale exponentially as demand increases.

“Giacom has accelerated transformation of the business to ensure it has adapted to the needs of small businesses, rather than being constrained by the organisation design or history. This has been achieved whilst still maintaining the Giacom ethos and core values. Giacom is customer obsessed and dedicated to making everything clear and simple.”?? Giacom 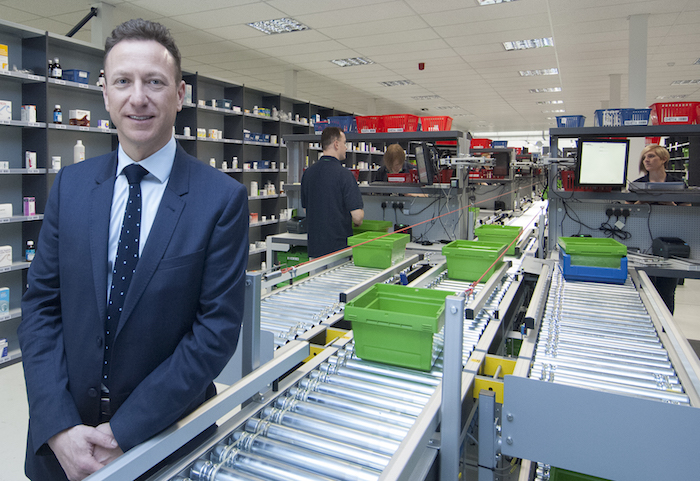 Founder: Daniel Lee
Growth story:?Over the past 12 months, Pharmacy2U has grown its customers by 212%, with 32,000 new patients registering a month on average. During this period of high growth, the company secured a ?40m round of investment to help it continue to innovate, improve the patient experience and further develop the technology.

“The benefits of using Pharmacy2U are two-fold; saving patients time and money travelling, queuing and waiting at GPs and pharmacies, and also helping to save GPs hours of paperwork each week, which ultimately represents better value to the NHS.“ ?? Pharmacy2U

Sykes Holiday Cottages is a cottage rental company with a portfolio of 11,000 properties across the UK and Ireland.

These spooktacular properties are perfect for giving you the chills. We have a chapel of rest, a property based on the Bodmin Moors, a property in ?the Plague village?, one a few minutes walk from a torture chamber and one in the most haunted village in England ?? Would you book any of them? ?


Founder: Clive Sykes
Growth story:?Starting life on Clive Sykes’ kitchen table in the Yorkshire Dales in 1991, the company secured a private equity investment from Livingbridge and set about driving a quiet revolution in the British tourism industry. Under the leadership of CEO Graham Donoghue, Sykes has become a tech-enabled service with the ambition that by 2020, it will serve 2.5 million customers a year.

“Sykes Holiday Cottages’ mission is to become the best in its sector by using relentless innovation to deliver the best choice of holiday homes with unrivalled service to customers and homeowner partners alike. It has already proven that, by investing in the technology that powers its business, it can create rapidly scalable systems capable of driving organic growth, and maximising return for its homeowners.” ? Skyes Holiday Cottages Related Article: Examples of partnerships in businesses

Founder and CEO Richard Anderson founded Crawford Healthcare in 2009. Since it’s foundation, the company has grown from a three-person start-up to an international business with more than 130 employees. With headline sales for 2017 of ?25.2 million Crawford has continued to make excellent progress towards its?goal of becoming a leading international business, developing and selling advanced wound care (?AWC?) and dermatology products with a direct sales presence in key major markets, particularly the UK, USA, and Germany. The ultimate goal is for the company to generate ?100m in annual sales by 2020, and possibly even go public.

Harvey Bowden launched Harvey Water Softeners in the 1970s, after moving to the ‘hard water area’ of Surrey and noticing substantial limescale around his home. After developing a water-softener product that can be placed under household sinks, the product has since been tested and adapted to be at the forefront of innovation. The Woking-based firm reported sales of ?26.5m in the 12 months following December 2016, a 25% increase on the year before.

Founded in 2013 by the current CEO Mark Ward, Hunter Macdonald delivers outcome-based IT Solutions and Services for many of the largest and most prestigious organisations in the world. Hunter Macdonald has reported remarkable growth in recent years, with revenue increasing 1.5x to ?21.2m and EBITDA rising 68% to ?3.2m in the year to June 2016.

NPW Gifts was co-founded by Michael Sweeney and Jonathan Pooley in 1992 and has since established itself as a global leader in Impulse Gifting, offering Beauty, Stationery and Party solutions.? The company is increasingly responding to demand from international markets with an estimated 60% of sales coming from outside the UK.

plan.com is an ever-growing UK based telecommunications company. Plan.com was founded by Dan Craddock in 2014. Soon after it’s foundation it amassed a base north of 30,000 connections (O2) ? a figure that doubled in 2016.

Launched in 2009 by founders Alan Cottrill, Kamran Mahmoudzadeh, and Nick Corrie, Trak Global Group develops hardware & app-based telematics platforms for the high-growth usage-based insurance and fleet management markets, both in the UK and overseas. Over the past three years, Trak Global Group has experienced a 75% compound annual growth rate (CAGR), during which time the business has extended its relationship with insurers such as More Th>n Sm>rt Wheels, and won contracts to manage young driver insurance propositions with VWFS, Fiat and Mercedes.

Under the leadership of co-founder and CEO Graham Hodgson, Verdant Leisure had a successful year of new acquisitions in 2017. This included the addition of the company’s eighth leisure park, Scoutscroft Holiday Centre, located in the Scottish Borders. Annual turnover for 2015-2016 was strong, at an estimated? ?15.5million. The purchase brings Verdant Leisure?s portfolio to eight parks across southern Scotland and North East England. This deal will continue the company?s growth strategy to create a strong regional group with significant scale.

Really a great holiday park Sykes Holiday Cottages. I will definitely visit this place, I am a traveler & tourism guide. I have visited many holiday parks Seaton estate holiday park Scotland is one of them. I will plain to visit this with my wife