The Chancellor’s vision is commendable and indeed necessary. London’s share of economic output in Britain has reached a record high of 22%, so few would argue against the need for a more even spread of wealth, jobs and infrastructure. The proposed HS3 solution does not go far enough to address this problem.

While transport infrastructure is of course essential to the development of the region, in today’s internet economy spurring stronger business growth in the North also requires its great cities to enjoy far better digital connections.

A recent report by the Federation of Small Businesses (FSB) suggests that UK broadband is not “fit for purpose” due to below-average internet speeds. With over 45,000 UK businesses still using dial-up and some 75% of all internet data routing through the London internet exchange (LINX), the current UK infrastructure is inefficient and latency and resilience complications are widespread. The costs of this disruption are all too often passed onto businesses.

With global IP traffic set to increase by a CAGR of 23% by 2017 and datacentre traffic expected to triple by 2018, the geographical spread of the internet is a vital step in rebalancing the UK economy. The emergence of tech hubs in Manchester and Birmingham means that the need for efficient, affordable internet services is even greater.

These issues have resulted in northern internet speeds trailing far behind those of London, where the current broadband speed is around 20.5 Mbps. This is in stark contrast to cities further north, where Manchester has targeted a city wide minimum speed of merely 2.0 Mbps – by 2020. To put into context, South Korea is seeking standardised speeds of 1GB by 2017.

The substandard internet speed outside London presents massive material costs for regional network operators, telecoms providers and internet users, both domestic and commercial. It is estimated to be cheaper to send data across the Atlantic than to transport it between Manchester and London.

Significantly, in addressing this issue, it is possible to resolve the much wider problem of an unbalanced internet infrastructure across the UK. Slow or expensive internet services outside of London are linked to the difficulty faced by providers in having to transport data via the Capital; the historic data hub and previously the only internationally connected destination.

Now that international connections are available nationwide, a similar infrastructure should be replicated outside of London. A greater number of regional internet service providers (ISPs) would help to combat current latency and resilience issues, while reducing costs in the long term.

A corollary of this would also be increased security. Currently data centralisation in London makes the UK vulnerable to cyber terrorism and hacking, such as the 1.2 billion usernames and passwords stolen by Russian terrorists in August, it is encouraging that the London Internet Exchange (LINX) has recognised the additional expenses and inefficiencies borne by regional businesses and has established IXPs in Manchester and Edinburgh to allow more efficient access to content and to cut costs for operators and users.

A greater number of regional IXs, datacentres and ISPs will not only reduce the overhead transportation costs for northern businesses but will make these areas far more attractive investment opportunities to prospective network operators and telecoms firms.

HS3 alone can only go so far to make the “Northern hub” a reality. With the Chancellor’s transport links possibly decades away, there is a need to invest now in highly connected hubs of digital activity using shared resources and clusters of digital businesses around them.

Investment in the internet economy will underpin the developments of more efficient road and rail investment, help accelerate the North’s economic recovery and allow the region to make a greater contribution to the UK’s future economic growth.

Dr Mike Kelly is founder and CEO of DataCentred 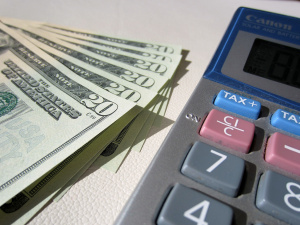 4 of the most dramatic accounting scandals in history 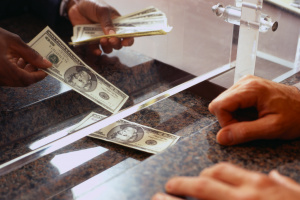