Statistics gathered by YouGov suggest themes such as tax evasion, bad treatment of staff and cover ups are the main drivers of a desire to boycott brands.

YouGov Reports’ Nasra Aharchich said, while misbehaviour will not necessarily mean a brand loses customers, there are a “distinct proportion” of consumers who will vote with their wallets.

“There is a difference between how people treat the type of brands that they feel give them something special and those who are seen as one of many,” she added. “A large majority say they will stick to brands that they like and so the relationship a company has with its customers is key for surviving any bumps in the road.”

Global businesses such as Starbucks and Amazon have come under fire in recent years after allegations of tax avoidance and evasion, while Sports Direct and JD Sports have suffered after staff spoke out in relation to unfair treatment and working practices.

YouGov said that while some that boycott brands return to spending with the effected business, “rarely” do they use it as much as they did before. Of those that stopped spending, 67 per cent have never returned to the brand.

Other key themes driving boycotting were corruption, faulty products/product recall and workers in the supply chain being treated unfairly. South Korean electronics business Samsung is one example of a business which suffered repetitional damage after its Galaxy Note 7 devices caught fire due to faulty batteries. 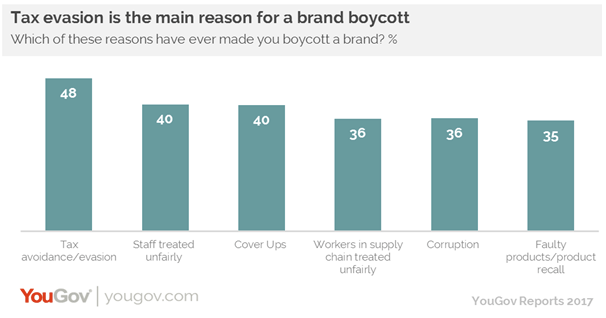 On the corruption side, German automotive company Volkswagen was forced to recall millions of vehicles after a scandal involving the incorrect reporting of vehicle emissions.

While the damage corruption, tax evasion and cover ups can cause a business are well recognised, YouGov did also find that 29 per cent returning boycotters started using the brand again because it had become too inconvenient not to, and 18 per cent felt it was necessary to use the company in their work or family life.

There is also the contributing factor of the internet and social media, which means news of a scandal travels fast. Affected brands have little control over how that message is shared.

Those responsible for brand boycotts were found by YouGov to be good with managing their money, well educated and included to research a particular company. However, if it can be shown a brand has handled a scandal well, these group will likely return as a customer. 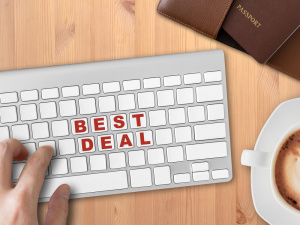 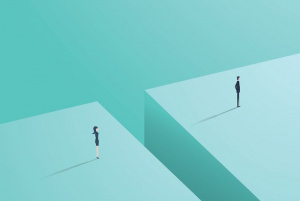