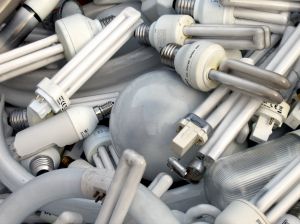 The energy price comparison site says that 74 per cent of switchers now choose a cheaper tariff from a smaller company – such as Ovo Energy or First Utility – rather than paying a premium to one of the more-established brands (British Gas, Scottish Power, Npower, E.on, SSE and EDF Energy).

Since 2011 the percentage of people opting for a smaller independent supplier has risen sharply from just one per cent in just three years. Energy UK explains that over 250,000 people now switch their energy company or tariff every month, with the market share held by the major suppliers subsequently having dropped below 95 per cent for the first time in January 2014. Scott Byrom, energy expert at UKPower.co.uk, commented: “Even with the current switching volume, the balance of power is shifting away from the big six at an alarming rate. It’s about time they ditched claims about having the cheapest ‘standard’ tariffs and actually offered something competitive. Customers are clearly fed-up about being overcharged and are voting with their feet.” None of the big six companies (at the time of writing) appear in the top ten best buy table for one year fixed tariffs: a hotly-contested battleground for customer acquisition with First Utility joining Ovo Energy in the past week to offer sub-£1,000 energy deals. This compares to an average annual bill of £1,198 – or £200+ a year more – for customers on a standard variable tariff from the big six suppliers. “Switching sites are a pivotal platform for any smarter supplier outside of the big six, enabling new entrants to get their brands off the ground with no upfront marketing costs,” Byrom continued. “Meanwhile, bigger suppliers are encountering very little engagement from consumers actively looking for a better deal, of which there is a rapidly growing number.” To see the top ten cheapest fixed rate energy tariffs, visit UK Power’s website (part of the Make It Cheaper group). Image source By Shané Schutte