I’ve had senior jobs at huge companies with billions of revenue (Orange, Virgin), and start-ups that are merely a twinkle in the eye of their Founder (LoveThis – I’m still working on it). Along the way I’ve despaired at the time, money and talent wasted by most large businesses. Why do large businesses destroy people’s ability to do brilliant things?

1. Your boss or the customer: who to keep happy?

In a small company, everyone comes to work each day thinking: “How do I give a better experience to the customer…today?”.

Yet if you’re in a large company, most people are actually thinking: “What does my boss want?” or “How do I get my plan approved?”. How much time do you spend talking to actual customers? It’s probably a tenth of the time spent writing memos for your bosses.

Large companies are lucky if they get ten per cent of the brain power of their staff applied to their customers. The most successful startups regularly have team members delivering more than they ever thought possible.

In most large companies, life is a sequence of meetings where you’re told why the best answer “can’t be done”. Everything becomes a negotiated settlement around the status quo.

Fitness clubs made millions from sign up fees, so they wouldn’t get rid of them. So Virgin Active entered the market, scrapped joining fees and became one of the biggest gym chains in the world.

Reviews sites make millions from advertising. More reviews equals more advertising revenue – a classic case of quantity over quality – and honesty or relevance become secondary. (We try to solve this by letting you share recommendations with people you actually know and trust, rather than just everyone.)

To work in a startup, you need to start each day saying “How can I do something they (the competition) can’t?”. That’s what you get paid for.

There are three sizes of project in a large business:

By way of contrast, it took less time to launch the Virgin Mobile business from scratch than it took a competitor to change a single price tariff.

A recent survey showed that 75 per cent of managers believe that their projects are “always” or “usually” doomed from the start. That’s three quarters of managers in large businesses spending their lives and their company’s money doing something they don’t even believe will work.

At LoveThis we have a new release of functionality every two weeks (and yes, we assume it will work). Every two weeks the product gets better. Simple is better.

Big business is full of steering committees and stakeholders and staying “aligned”. You spend three days in scheduled meetings every week, not to mention the time spent preparing for them. Think about all that wasted time and talent.

Managing the politics at a large business is at least as big a part of the job as getting anything done. In a large business, you need to be brave and very, very good to raise your head above the parapet and succeed. That’s why the CEOs of large successful companies get paid so much money.

In a start up, if you don’t make decisions, nothing gets done.

Big companies could be as quick and brilliant as small ones (they have the money, connections, and talent). Just look at what Skittles did in 2009, replacing its entire homepage with the Twitter-stream of all the mentions of Skittles – a brave move, which paid dividends through the media attention it received.

The fact that the majority of brands rarely move quickly is down to a tolerance of mediocrity by managers who see these things every day, and yet do nothing about it.

What are you doing to be better than the rest?

Alexis Dormandy is CEO of LoveThis. 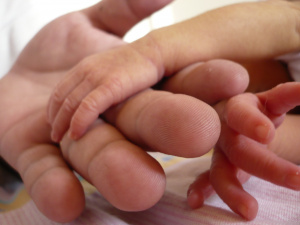 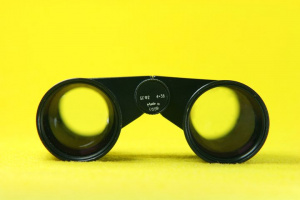