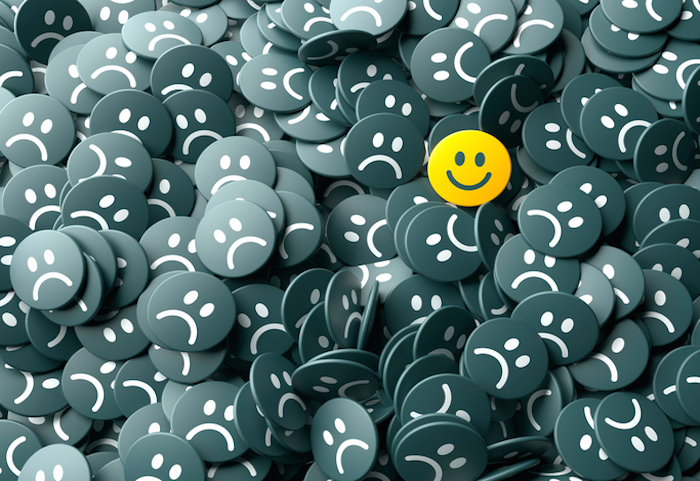 Share via
Heart-warming fluff pieces and Hollywood drama stories can be interesting, but the news is really there to hold those in charge to account, to call out their wrongdoings. As the saying goes, ?news is something somebody doesn?t want printed; all else is advertising?. Yet amongst the backdrop of such media features, the Bill and Melinda Gates Foundation describes itself as a group of ?impatient optimists working to reduce inequity?. In their tenth annual letter, the Gates duo said:??We see a world that?s getting better.?Compare today to the way things were a decade or a century ago. The number of children who die every year decreases. The number of mothers who die has also dropped dramatically. So has extreme poverty ? declining by nearly half in just 20 years. More children are attending school. ?But being an optimist isn?t about knowing that life used to be worse. It?s about knowing how life can get better. And that?s what really makes an optimist.?

In their letter, the couple have tried to answer some tough questions they are frequently asked, as frankly as possible. The questions included: ?Why don?t you give more in the US??, ?Why don?t you give money to fight climate change??, and ?Does saving kids? lives lead to overpopulation?? Some real doozies there. But one of the most interesting questions was: ?What happens when the two of you disagree?? Melinda credits their shared basic values and Bill?s open-mindedness as the keys to their success ? and ongoing optimism. ?When I tell a story about what I?ve seen, he feels it,” she said. “He might ask me to gather some data for good measure, but he doesn?t doubt the reality of my experiences or the soundness of my judgment.” Bill agreed ? and added that they each have their own strengths:??Because I’ve been a public figure longer, and because I?m a man, some assume I make the big decisions. That’s never been the case. Melinda is seen as the heart of our foundation. But just as she knows I?m more emotional than people realise, I know she?s more analytical. When I get enthusiastic, I count on her to make sure I?m being realistic.? According to Melinda, the couple aim to strike a balance of being equal partners, and have learned to give feedback at home when they feel they haven?t met that goal.?There?s a great lesson to be had here for all entrepreneurs: Make sure your goals are aligned. Trust those around you. If things aren?t going to plan, provide ?feedback? where possible, rather than causing a bust-up.

On giving away money

The last question the couple addresses revolves around why they give money away ? “what?s in it for you?”?Their answers boil down to three things: it?s meaningful, it?s fun and it?s who they are ? and by now we know it involves being an optimist. ?Even before we got married, we talked about how we would eventually spend time on philanthropy,” the couple said. “We think that?s a basic responsibility of anyone with a lot of money. Once you?ve taken care of yourself and your children, the best use of extra wealth is to give it back to society. Melinda added:??Bill and I have been doing this work, more or less full-time, for 18 years. That?s the majority of our marriage. It?s almost the entirety of our children?s lives. By now the foundation?s work has become inseparable from who we are. We do the work because it?s our life.” The Foundation has a lot of projects: ? It spends around $500m a year in the US, and $4bn in developing countries;
? It has funded research into US high school graduation rates, and supported hundreds of new secondary schools;
? It helps provide medicines ? for example, it offered a price guarantee to scale up delivery of a vaccine for pneumococcal disease, an infection that kills nearly half a million children every year. You can find out more about the projects the Foundation is working on, on its website. If you?re feeling a little overwhelmed by all the gloomy headlines, it can make for refreshing reading. Who knows, it might even bring out the optimist in you.?And in the end, surely there?s no better reason for optimism than to affect change? If your business or a business you know is proud to say it gives back to its community, nominate it here for the Philanthropic 30, a campaign that aims to recognise the good businesses can do.