The European contest had some 4,000 entries across 37 cities in 21 countries, but just a few companies were selected after successfully pitching during a ten-minute slot with an investor during a journey with an Uber investor.

The winning entrepreneurs were then flown to Berlin to meet with Uber boss Travis Kalanick for a business strategy meeting, while they were also rewarded with funding from the on-demand transport giant.

In the UK, pitches took place in London, Birmingham and Manchester, and it was the Midlands that dominated – Birmingham business Memrica was recognised as the winner with its mobile reminder app Prompt.

The service works as an artificial memory for users, storing personal information about people and places, integrating text, images, maps and contact details for contextual, comprehensive information about reminders.

Designed for baby boomers that are accustomed to tech, families and carers can provide assistance to the service, which is managed with an online dashboard. Alerts are then sent if user behaviour changes noticeably with use of analytics, or if the user actively searches for their updates.

Mary Matthews, Memrica’s founder, said: “Meeting Travis in Berlin was a fantastic experience and he was incredibly generous with his time, talking through our business challenges and giving advice based on his experience.

“That was so valuable in its own right – and now to have Uber as an investor and the endorsement of one of the world’s smartest entrepreneurs is incredible!”

In addition to supporting people suffering from dementia, of which there are 47m people around the world, Memrica has found the right support can give people a great quality of life when they are in the early stages. It’s also been highlighted as a tool to support people recovering from stroke, brain injuries and chemotherapy.

Wendy Mitchell is one of the testers and currently lives with early Alzheimer’s disease and is pleased about the arrival of something like Prompt.

“As someone living positively with dementia I found Prompt easy to use. It cleverly builds reminders and notes for me, with pictures and detail that are a real help when I’m out and about,” she said.

“I was very happy to test the first version of Prompt and I thought that was exciting, but this is even better. It’s great to see businesses like Memrica working to help people live well with early stage dementia and involving them at each stage of the development.”

Memrica is based among 135 tech companies in the Midlands, taking up residence at the Innovation Birmingham Campus, which provide mentoring support to growing companies.

David Hardman, CEO of Innovation Birmingham, said: “As the most investable city in the UK and the leading tech location outside London, I am thrilled that an internationally successful business such as Uber is recognising Birmingham’s impressive talent pool of entrepreneurs.

“This is a brilliant result for Memrica, following an already impressive year for the company and we look forward to supporting the team as they continue to expand into the global marketplace.”

Kalanick added: “Being an entrepreneur is never easy — even the best ideas can struggle to get the exposure and support they need to succeed. I’m excited to work with these four companies to help them reach their enormous potential.”

In addition to Memrica, the other three finalists include:

Hipromine (Poland) – Designed to find a sustainable solution to global hunger problems, with a view that insects can provide nutrition required.

Here’s how Sajid Javid brewed up his “Midlands Engine” plan at an old tea factory. 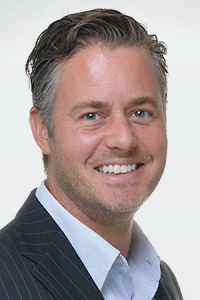 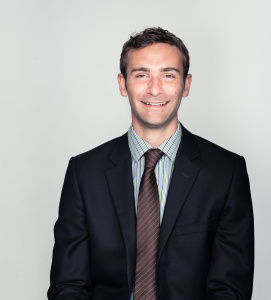