I use the term “players” rather than investors here because the risk meter for dealing in cryptocurrency today is well beyond the red zone. A few problems are lack of intrinsic value, an absence of government support, potential to be declared illegal in some countries and limited acceptance as a direct medium for the exchange of goods and services.

Further, now that the technology has been established, the barriers to entry for other new cryptocurrencies, such as Monero and Etherium, are minimal allowing currency competition to grow rapidly. So, generally, if you are buying and selling cryptocurrencies you are playing a risky game with a new and volatile medium.

Bitcoin is unregulated and anonymous and a potential haven for criminal activity. This is compared to investing in a proven enterprise for future returns based on a history of anticipated gains with a calculated and somewhat predictable risk formula.

This volatility may settle, or it may crash. Choose your strategy wisely and don’t bet your rent.

The technology that makes Bitcoin possible is called blockchain. It is a transparent, decentralised ledger of transactions, concurrently hosted on numerous mainframes around the world, allowing digital currencies to operate. All Bitcoin transactions use Blockchain technology but all Blockchain applications are not only for Bitcoin. Blockchain cuts out the middleman, such as a bank, allowing the direct peer to peer transactions and verification.

It has potential as a new transactional model for real estate, finance and even voting. The entire network consists of a single chain of blocks of data. All transactions that occur at about the same time are put into a block. The trust and verification are built into the protocol.

Traditionally, if party A wants to send money to party B, most people use some application connected to their bank which is the arbiter of the transaction. The bank accepts party A’s request and sends the money from party A’s bank account into party B’s bank account.

Using Blockchain technology, party A creates a “block”. The block is transmitted to every party on the network. The network approves that the transaction is valid, and the block is added to the chain. The transaction, once added in the chain, is transparent to everyone on the network and cannot be altered. The final step is for the network to move the money into the account of party B. While this technology is only in its infancy very large companies such as IBM and the Bank of Canada are investing in its future.

Blockchain has a high degree of security built into the protocol. The internet is designed to transmit information. Blockchain is designed to transmit value. Information on the internet is stored centrally in servers. Blockchain data is verified by the network and stored everywhere creating severe challenges to hackers. However, hackers are working overtime to attack this new technology.

According to a January blog post from Recorded Futures, a North Korean organisation known as Lazarus Group is behind a series of phishing emails. Phishing emails use stolen information and corrupted attachments to get login information and passwords. These attachments can download malicious payload that is designed to collect device information. Because cryptocurrency is anonymous, rogue nations and criminal organisations have a deep interest in these technologies. The legitimate exchanges will be under constant attack from these bad actors.

While Blockchain transactions are more secure by design, they will not be immune from attacks. Traditional attacks such as phishing may be deployed to gain control over credentials that will appear legitimate to the system. The moral is to not be lulled into thinking that network security measures will not be needed as new technologies take root. Network security plans should continue to be updated, perimeters protected, and employees trained to safely manage emails and other electronic communications. 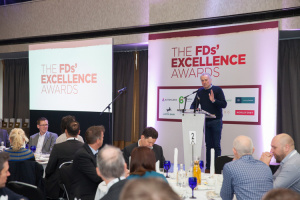