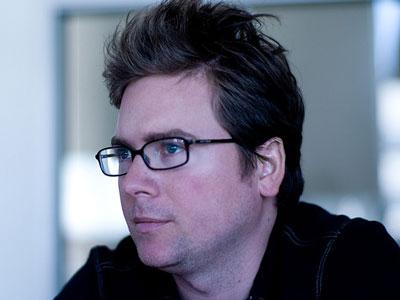 The Twitter story starts ten years ago. Biz Stone had just started up a company in New York called Xanga.com, a site for sharing book and music reviews. On the other side of the country, in San Francisco, Evan Williams was running project-management software firm Pyra Labs. “We both hit a million users at the same time,” says Stone. “We had a mutual respect for each other. When Pyra Labs was bought by Google, Evan called me up and said, ‘Do you want to come and work for me?’ So I moved to California.”

The pair left Google in 2004 to launch their own company – podcasting firm Odeo. “We worked on that business for a year but we both got to the point where we realised that we just didn’t care about podcasts. Neither of us listened to them. And when we tried to do one ourselves, we’d just look at each other and giggle.” Realising that the business wasn’t going to go anywhere, Williams told everyone to “take a break, pair up with someone and work on something that excites you”. It was then that Stone came up with his idea for a “compelling social product” that would allow you to view other people’s status updates. He spent two weeks developing a prototype and showed his colleague at Odeo. “They weren’t very impressed!” says Stone. “Over the next nine months, I was ridiculed like mad – but, in many ways, that helped us to grow. People would check the site out just to see how bad it was. We were branded the ‘Seinfeld of the internet’ because we were a business about nothing.” Stone says his biggest critics complain that Twitter isn’t useful. To them, he responds: “Ice-cream isn’t useful either. Do you want to ban that?” He says the crunch point came at the South by South West festival in Austin, Texas, in 2007. “Before the actual festival kicks off, there’s a series of conferences for the geeks and nerds. I’d been going for the past four or five years. That year, I was sitting in a conference when people suddenly started getting up and leaving, mid-way through. The mass migration reminded me of a flock of birds. It turned out that someone had just tweeted that there was a more interesting lecture going on across the hall. It was the first time I’d seen Twitter in the ‘wild’. We officially registered the company two days later.” And now you know why the logo is a bird. “Twitter started to find its way into every nook and cranny – from earthquakes and wild fires to fuel shortages and election protests,” continues Stone. More than, 370,000 people now sign up to Twitter every day. And as for those swirling rumours of an attempted acquisition, Stone says: “We’re still holding out my friend, we’re still holding out. We need to show we can build a business out of this.”