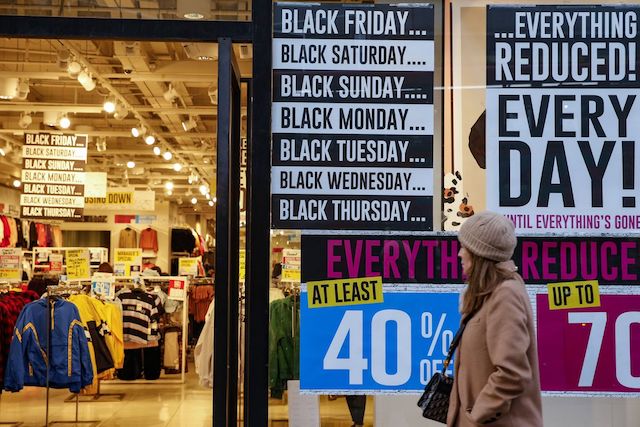 Share via
The results of the Black Friday weekend are coming in, and they suggest that the retail holiday is only growing in popularity among consumers in the UK. By mid-morning on November 29, Barclaycard was reporting a 12.5% increase in transaction levels from 2018. The same statistics suggest that big retailers are still the holiday’s winners, with John Lewis reporting high-level shopper interest in consumer tech and children’s toy products, such as Lego. The retailer also reported “heightened” interest in heavily discounted products generally, suggesting that Black Friday shoppers were after “cut-price” bargains first and foremost. But are major retailers really satisfying this consumer need All hype and no bargains? Consumer researchers have been suggesting that Black Friday fails to offer the bargain deals shoppers want. Which” penned a damning report, that based on findings from last year, said only 1 in 20 Black Friday deals are “genuine,” with many products advertised as ‘discounted’ being the same price or less at other times of the year. Amazon, a retailer that generally performs well on Black Friday responded to the report, saying: “The claim from Which” with regard to Echo is false. Amazon.co.uk customers were not able to buy the Echo (2nd gen) device cheaper before Black Friday 2018.” They added that consumers could find “thousands of deals on a huge selection of products from every category across the site, at a time of year when we know saving money is important to our customers”. Despite claims that Black Friday is more about the ‘hype’ than genuine deals, the transaction statistics indicate that consumers are still willing to participate in it, with the count-down style advertising and marketing drives made by retailers ultimately proving successful. SME retailers respond: We reached out to a number of small business retailers to gauge their experience of Black Friday 2019. While there is one harsh critic of the event, their overall responses suggest that online sales continue to be the most lucrative avenue for SMEs, with their ability to offer a more tailored approach to engagement and sales the key to their success. Stacy Chan, founder, Stacy Chan Black Friday is for companies producing too much stock that they ?need to get rid of by the end of the season. It is totally against the principles of what I do as a handbag designer of high-quality handbags in small production runs!? Nicole Rohde, PR Manager, Maxwell-Scott “Black Friday 2019 has been incredibly successful for us as we managed to hit our monthly revenue target in just one day! For our UK website, we are 300% ahead in revenue compared to last year’s event. I believe that SMEs have an advantage compared to big retailers as they usually have a much closer relationship with their customer base. That means Black Friday offers can be tailored way more towards the actual needs and wants of the customers.” Alex Nolan, Business Development Executive Personalised Gifts Shops? ?Our sales increased by 30% compared to last year. We were expecting more, but starting Black Friday deals earlier ended up effecting the actual sales on Black Friday. But overall we are very happy. James Dunworth, Chairman, E-Cigarette Direct “Black Friday surpassed our expectations online, seeing an increase of around 300% in average transactions on Thursday and Friday. The impact was less noticeable in our shops, with footfall down on last year, although the sale still provided a helpful boost to revenue, with an increase in profit despite reduced margins.”