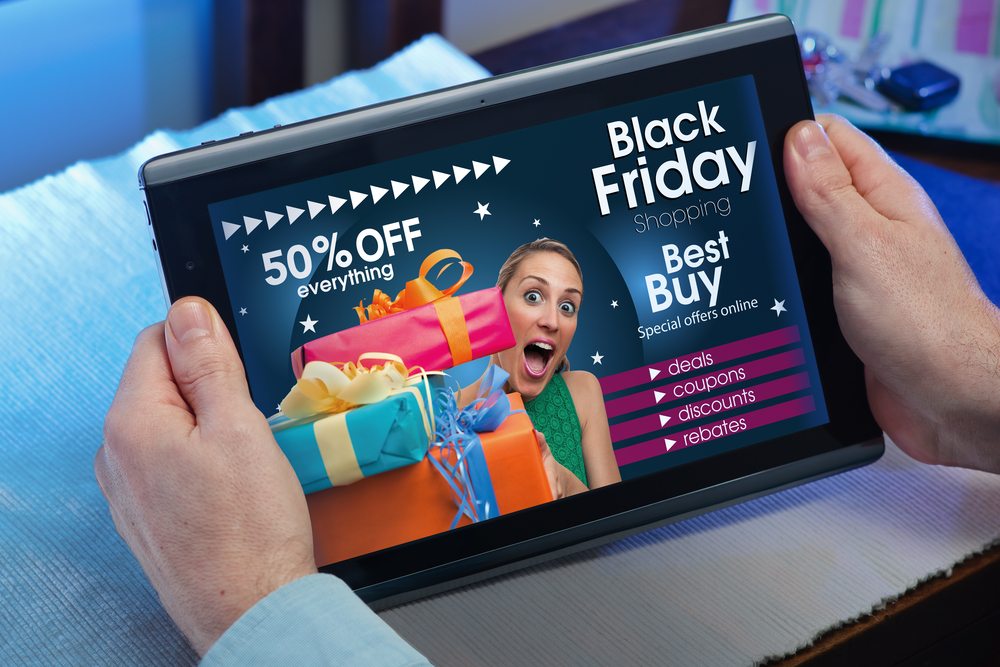 Share via
Only five years ago if I mentioned Black Friday to someone in the UK, they would probably think I was confused about some big financial market crash from the 80s. However, year on year, awareness of in the UK has been steadily increasing, and Black Friday preparation is paramount. Multi-region online retailers like Amazon started a trend, promoting Black Friday deals and driving our traditional Christmas shopping habits to change and mirror those followed in the US. This year, Black Friday falls on 25 November. It doesn?t seem to matter that the British do not celebrate Thanksgiving.? Over recent years, this weekend period signals the start of the UK?s Christmas shopping frenzy as consumers race to get the best bargains on their lists. According to data from IMRG and Experian, 2015?s Thanksgiving period saw UK consumers spend ?1.1bn on Black Friday, up 36 per cent from the previous year. Over that whole weekend period, culminating in what is now often referred to as Cyber Monday, UK consumers spent ?3.3bn. While Black Friday preparation caught many UK retailers unawares in the beginning, they have now been catching up, becoming better prepared partly thanks to an improvement in the stability of ecommerce sites and better online performance. But it is still too early in its development in the UK to have solidified into a predictable annual event as seen in the US. So whilst in the last couple of years traditional British high street retailers like John Lewis, Curry?s and Argos have geared up both in store and online to capitalise on this shopping trend, everyone is still learning as they go and there are often repeated mistakes that can be learnt from. For example, having been stung the year before with poor Black Friday preparation, in 2015 many UK retailers promoted Black Friday deals early to get in first and spread the surge in traffic to their websites over a longer period. This gave them more breathing space for infrastructure and helped with logistics and fulfilment. Although, shoppers still experienced problems with demand. Websites ground to a halt, often crashing and being unavailable for long periods of time.? According to Statasia, the statistics portal, on Black Friday 2015, 72 per cent of all online shopping carts were abandoned before completing a transaction.? That?s a significant amount of revenue lost. So, what does this year?s Black Friday weekend hold in store for us all? Will Brexit mean that Christmas shopping budgets are cut, or will it drive consumers to try and make the most of the discounted shopping weekend? Will it mean that less is bought from overseas merchants and more purchased domestically due to current drop in currency exchange rates? No-one quite knows yet. However, what is clear is that there are some key steps a retailer can take to make sure their Black Friday preparation can maximise revenue opportunities during this period:

(1) Have a good cart abandonment campaign in place

Ensure you can follow up on abandoned carts fast. It might not be that they?ve purchased elsewhere, they might have been having access issues and given up out of sheer frustration. A timely email with a promotion could make the difference between a sale or no sale.

Almost all sales will be influenced in some way by shopping related mobile searches, often from within store.? Make sure your mobile site is optimised for all devices and will stand up to demand from impatient shoppers.

(3) Ensure your desktop site/s are robust

Whilst it?s true many sales involved a mobile search, desktop sales are still the higher value transaction. Last year, average order values on desktops were 16.6% higher than mobile, according to IBM. Use a high capacity gateway than can handle peak times.

Traffic will be high, but don?t let that be an excuse to let your guard down. Ensure your fraud detection and response plan is prepared to cope during times of extreme traffic. Make sure fraud detection is across all channels.

(5) Plan for the worst case

Make sure you have a reliable backup/redundancy solution in place so that you keep trading come what may.? Lost sales during this weekend could make or break a business for the year. That?s a sobering thought.

(6) Ensure the supply chain is ready

Stress test the logistics in the supply chain for a huge increase in shopping volume and ensure processes for handling backlogs are in place. Also, before you let go a sigh of relief that the crazy busy weekend is over, don?t.? Not just yet anyway, remember to prepare for a surge in returns that will need to be processed too Black Friday 2016 is approaching whether you are prepared or not. Even retailers with no intention of joining in the discounting will need to be prepared for an increase in traffic on their ecommerce site and an uplift in sales as consumers will have the shopping bug. Make sure that Black Friday preparation doesn?t become a dark period for customer experience and use it an opportunity to help grow your customer base and loyalty. Andre Malinowski is head of international business at payment service provider Computop Image: Shutterstock