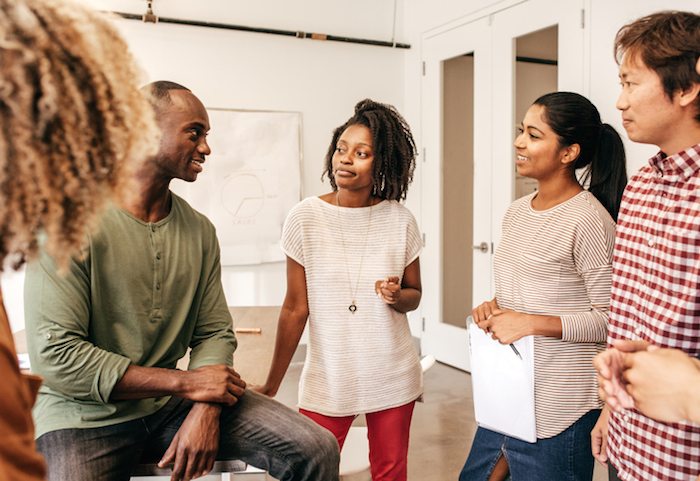 Share via
Earlier in October, we explored?how Black History Month fits into the UK. Launched 30 years ago, Real Business reported how the annual celebration is recognised in Britain, to determine whether the opportunities before black entrepreneurs and workers are the same for non-black peers. The answer was no. Black, Asian and minority ethnic workers were found to receive 12 per cent less pay than white colleagues. ?While progress has been made, many barriers still exist in today?s businesses which means people aren?t able to reach their full potential,? said?Kevin Ellis, chairman and senior partner at PwC. ?The more we understand what these barriers are and why they exist, the quicker we?ll be able to work towards creating truly inclusive organisations.? And that?s just one business that?s held its hands up to admit?a salary imbalance. How much more of this goes on nationwide? However, we?ve sought out a handful of successful black entrepreneurs, people who have risen against adversity and casual racism to lead their own thriving companies. They?ve opened on the general business challenges they?ve faced, as well as the social?scenarios encountered as black entrepreneurs, which have led to difficult and alarming situations?that should serve as an eye-opener to all.

Black History Month: Sexism or racism? It?s hard to know as a black woman in business

“I would love to see the day when we don?t need a Black History Month because we are all recognised for our contribution”, says Brenda Gabriel, who has witnessed both racism and sexism in her career.

In addition to leading the business direction and strategy at his firm, Ed Macnair is keen to foster a solid culture too and brings with him lessons from an armed forces background, which shaped his way of thinking.

Black History Month: I showed a client the door after being called an ?anomaly?

As we continue profiling entrepreneurs for Black History Month, one founder explains why he was forced to turn away a client who made an outrageous remark.

Detailing his experience to Real Business, we heard from a creative industry founder, who has declared the space can be lonely for people of colour.