We all know that the art world is worth a fortune.

Actually, it’s worth an estimated $63.7 billion dollars, according to the 2018 Art Market report co-penned by UBS and Art Basel.

We also know that it’s one of the world’s most unregulated markets, where old-school tactics such as bribery, and wealth-based domination endure.

When many of us think about this global, multi-billion dollar industry, we tend to think of things such as status.

After all, it’s a wealthy industry, and by-and-large you have to be wealthy to engage with its services.

But there is one particularly inspiring SME that’s doing its bit to upscale, accelerate and democratise this so-called “informal economy”, its name is Snark.Art.

Founded in late 2017 by friends Andrey Alekhin and Misha Libman, Snark.Art uses blockchain to connect disruptive artists to consumers in a more effective and far-reaching way.

“Misha and I have been friends for a long time, and we’ve always shared this passion for both technology and art,” says Alekhin.

As individuals, both men had already experienced success in the business world.

This meant that by the time Snark.Art came into existence, they were already self-made entrepreneurs with roots, and the relevant experience in digital business and the creative worlds to make a go of their joint-venture.

Prior to Snark.Art, Alekhin had run a thriving ‘music and media’ festival catering to the Russian millennial market, and had founded and sold a successful metals company worth an estimated $100 million dollars.

Libman was also no slacker before Snark.Art.

He similarly experienced business success on his own, and had founded a successful consulting firm for web-based applications during the years before Snark.Art.

But even though he was busy, Libman still made the time pursuing his artistic passions, including collaborating with artists on video projects around his Brooklyn neighbourhood in his spare time.

“It was in 2017 that we started talking about what was going on in blockchain and the potential it could have for the art world,” says Libman.

“Our initial approach was a lot simpler than it is now, but after many conversations, we realised there was a potentially much bigger seed of an idea here — to find out how this technology could influence art itself,” he continues.

Through the application of blockchain, Alekhin and Libman want to expand and accelerate the “informal” art economy, an industry that has remained unchanged and steeped in tradition for too long.

And as we know, some of these “traditions”, such as lack of accessibility for ordinary consumers are not very palatable, nor very fair traditions, worth retaining.

Through Snark.Art, they hope to make art ownership more accessible to consumers worldwide.

“Artists are by nature experimenters. The community behind blockchain is similarly experimental. Instead of working in parallel, Snark.Art will engage both communities.”
– Andrey Alekhin

“We want to help bring the vision of some of today’s most disruptive artists and shape an entirely new medium for their art,” he continues.

“While a lot of very cool, very fun businesses have emerged offering digitally unique collectables on the blockchain, what we’re doing allows some of the most exciting new artists to get their work out there to consumers who want it,” says Libman.

But how ARE they using this blockchain technology? Well, their project below explains what they are doing and why it’s so groundbreaking.

89 seconds Atomized: A project that will change the art world

A really exciting move for the company was 89 seconds Atomized.

Only released to the market on November 30, 2018, it’s set to completely revolutionise the way art is sold and enjoyed.

In short, the pair is using blockchain to tokenise artworks, and by doing so, making them more accessible to more customers than ever before.

In particular, Snark.Art is using New York filmmaker Eve Sussman’s acclaimed video ’89 seconds at Alcázar’ (which is held by a number of New York museums and private collectors) and taking its final proof to shatter the piece into mini-segments or “atoms”.

It’s also a clever lesson is monetisation. The Snark.Art founders are entrepreneurs, as well as art lovers, after all.

Entitled ’89 seconds Atomized’, it’s made up of 2,304 unique blocks. In other words, Snark.Art has expanded the art industry into the boundless world of the blockchain.

This means that the piece can be reassembled and screened at will by the community of collectors.

“The presale of 200 atoms was completed in less than 48hours”. – Andrey Alekhin

This enfranchises art lovers and gives them the opportunity to literally buy into elements of art they find most interesting.

It also means that valuable and collectable artforms are no longer the sole domain of museum trusts or wealthy patrons.

This includes a New Year collab with the likes of Guggenheim UBS MAP Middle East and North Africa curator, Sara Raza, among a host of other notable figures in the New York art scene.

But the beauty of blockchain technology means that art consumers can buy their own snapshots of art wherever they may live.

– And that’s the greatest impact value of a business such as Snark.Art.

When two bright and ambitious friends decide to start a business together, and what an ambitious business idea it was, you wonder if there was anyone shouting their words of support from the sidelines…

Well, for Alekhin and Libman, there was, and it was their next-door neighbour. So much for New York not being a friendly place!

“Our neighbour and friend Eve Sussman has been an essential part of our launch and our business as a whole,” says Libman.

“Eve is an acclaimed video artist in her own right, and it was in our initial talks with her about Snark.Art that the concept for her piece 89 seconds Atomized was born,” he continues.

We’ve read the articles, we’ve watched the sensationalised TV shows, and no doubt, we’ve heard from those in the industry itself that the art world can be a brutal place.

So right in the middle of this fast-paced, intimidating and unforgiving economy, how did this duo establish and navigate their new business in such a competitive ecosystem?”

“The strength and certainty of our vision has proved to be absolutely critical to helping us pull this off.” – Andrey Alekhin

“The art world might appear daunting from the outside, but ultimately it’s like any passionate group of people, whether they’re Redditors or art collectors,” says Libman.

“They might seem intimidating, but if you’ve got a real vision, and you’re willing to share it openly and honestly, you’re going to find an audience,” he adds.

“I think that’s the same thing when starting a business anywhere and whatever industry you’re doing it in. You start with a passion and a clear vision, then you’ll find an audience that wants to engage with and buy your services,” says Alekhin.

The pressures of entrepreneurship

Maybe it’s the whole ‘American dream’ thing, but when I ask the co-founders about their views on the mental health pressures startup founders face, their joint response carried all the hallmarks of American entrepreneurial resilience:

“The stresses and strains involved in entrepreneurship are fairly well-trodden ground at this point, and I think there’s real reluctance to listen to another founder complain about his or her struggles”, says Libman.

“This life is tough, and it should be. But that doesn’t mean the mental health pressures that come with founding a business aren’t very real,” adds Alekhin.

For the Snark.Art founders, the consensus seems that it requires a strong, resilient and determined mindset for someone to have the courage to start their own business.

Without a strong leader, there’s no company. Similarly, without the vision and determination of Alekhin and Libman there would be so Snark.Art.

So there’s an understanding that the road is going to be tough, and the emotions, not always easy to handle.

But that’s part and parcel of the job of being an entrepreneur on both sides of the pond, right?

“It’s absolutely crucial that founders don’t forgo their own mental and physical well-being because they feel the need to work 24/7. If you’re not healthy, your business isn’t healthy either” adds Alekhin.

The challenges of founding vs growing a business

“The growth is always the challenge”, says Alekhin.

“These days you can start a business with a Squarespace site and a Facebook page. But turning that initial spark into a surviving, thriving business takes a combination of hard work, vision, and, yes, luck if you’re going to find success,” he continues.

Whilst cloud-based technology means that all you need to start a business these days is a computer and an internet connection, you still need a strong vision, mission and strategy to see it through to money-making levels.

Advice for other entrepreneurs

“Sometimes doubt is a good thing, but if that inner voice keeps telling you that you really need to do this — then do it”, says Libman.

But team Snark.Art are not saying you should pursue any old idea for the sake of it…

“This is not a decision to be entered into lightly — the decision to launch a business can completely change your life,” says Alekhin.

“Talk to your peers, your mentors, your family about just what it is you’re about to get into, and if it still seems like something you have to do, make the leap,” he adds.

“Giving in to doubt can be safe and comfortable, but it’s important that we evolve and challenge ourselves. Even a failed result is an experience that can fundamentally change us in a good way,” he continues.

Well, imagine if Alekhin and Libman didn’t have such a friendly neighbour, they might not be where they are today… 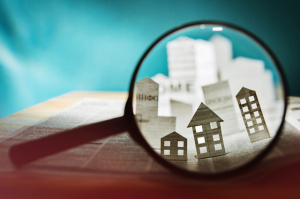 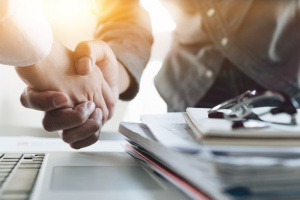