In the last instalment of our #BlockchainBytes 101 for business leaders we established that Blockchain was something that should considered an important change to the business landscape – and as such an important factor to understand so as not to be left behind.

There are many fundamentals that blockchain changes. For starters, it removes the need to trust a third party in order to transact with them. This enables disintermediation, and so decentralisation – with the Blockchain and smart contracts playing the role for which previously institutions were required.

What is a Blockchain – from my POV

Given that the technology (and maths) behind it is complex and counter-intuitive, you don’t need to understand how it works in order to understand what it does or how to drive or use it – like the internal combustion engine, and the internet for that matter.

Even so, the opportunities it brings go deep – very deep, so you’ll probably find some unfamiliar terms and concepts here. You may need to read this next part through a few times. That’s normal – but bear with me. This is powerful and important stuff – and we’ll turn to more concrete examples as the series progresses.

You can think of a public Blockchain as a freight-train running on rails in the clouds, carrying data. Each carriage represents a block and they are all chained together. It’s all secure, meaning new carriages (collections of transaction records and other data) can be added. But once added they cannot be removed or changed.

This in effect creates a ledger that is immutable but available to all – assuming it is a public Blockchain anyone can add transactions and inspect the ledger.

The payload is data. Which may itself be private or public – on display or not (if it’s encrypted). Transactions and actors are traceable but may or may not be identified. That is to say, they may choose to be identified or “pseudonymous”.

Crucially this brings a new level of autonomy in that a venture no longer needs to buy-in or a bank or other institution to have or use such infrastructure. You can use the many public Blockchains now available (Ethereum, Wave and even Bitcoin) as a backbone – share one, create a clone – or even create your own! The software is open-source, although the latter is a major undertaking requiring a big budget.

Bear in mind that although a budget in the millions or more may be required, don’t rule it out – even if that kind of finance is not available to you via conventional means. As we have mentioned, the Blockchain world has its own funding mechanism, the ICO, capable of delivering ample development funds to those with the right proposition!

The decentralisation now possible with Blockchain technology creates a new way of thinking about and running a business ecosystem. I can bring greater efficiencies – not just because it is flexible, public, secure and removes costs around development and running. It has all the virtues listed above, and allows micro-payments and transaction, simply and easily.

This means that business models and ecosystems can be reimagined and reimplemented with a whole new toolbox available to the SME sector that would previously been the domain of the corporate CEO.

Plus ability and agility are the new top survival traits – size slows you down. So an ability to rethink, reimagine and react to the opportunities this creates could and will propel some unknown contenders to leading players in these new ecosystems. It may compliment or obsolete what went before, depending on the ecosystem.

What is for certain is that any business leader or business owner needs to start now to get up to speed. Before the competition. That’s why it’s often referred to as “going down the rabbit hole,” as many people grapple with seemingly topsy-turvy, unfamiliar, ways of thinking, designing and doing things. It’s something journalist Michelle Rodger discovered in our conversation for the latest episode from ICOrad.io – you may find it of help.

Either way, next time we’ll talk about the potential of the ICO to transform existing and new business – and delve into some concrete examples.

We want your questions – just ask

Many people are perplexed and puzzled by the Blockchain and all it’s works. If you’re among them – or of you just need to know what the impact will be for you, your business or sector, click here and we’ll be answering your questions in this column and at ICOrad.io in the coming days.

The #BlockchainBytescolumn is in association with ICOrad.io. It is a weekly series written and hosted by author Barry E James to build public, especially SME’s, understanding of the possibilities, opportunities and business threats created by a fast moving revolution that’s shaping our future.

Barry James delves into the various opportunities the Blockchain has made available to SMEs, as well as how businesses will be affected by its surge. 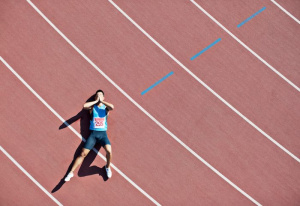 Giving up on difficult goals may actually be good for you 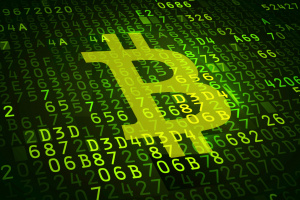