According to the Telegraph, BMW has been trying to shake off its defined-benefit (DB) pension scheme for quite some time. But staff have been fighting the company “tooth and nail” with the help of Unite Union.

“Challenging times are coming for DB schemes,” experts forecast at the end of 2016 – and it seems their expectations have come to fruition. Indeed, the combined pension deficit of Britain’s largest listed companies trebled to £137bn, and the likes of Royal Mail and Tesco crumbled under the pressure.

In the case of Tesco, its pension deficit allegedly doubled to £5bn. And after moving all workers from the scheme, John Ralfe, the retailer’s pension consultant, said: “By closing the DB scheme to existing members in 2016, Tesco saved a lot of money, which will boost this year’s profits.”

BMW now joins the list, with its newly proposed plan of shifting staff onto a contribution-based plan. The scheme’s less generous nature would see 5,000 employees lose up to £160,000 of their retirement income though – and made the prospect of strikes inevitable.

Hoping to prevent the latter from happening, BMW bosses were forced to rethink their plan, hoping employees would understand ballooning costs meant it couldn’t keep its current pension scheme running.

But to the grief of the company, union members in plants Cowley, Hams Hall and Swindon have now officially outright rejected any proposals meant to close the long-lasting dispute.

Unite national officer Tony Murphy said: “People are losing thousands of pounds a year in retirement incomes, if this proposal is allowed to go ahead. This is plainly unacceptable and Unite will be fighting as much as possible. It is becoming increasingly too easy for highly profitable multi-national companies to energetically salami-slice workers’ pensions in pursuit of even greater profits.”

Murphy added that while BMW seemed to place blame on the increase in national insurance payments and the cost of future liabilities, its profits were doing well. And this lack of transparency wasn’t alleviating staff concern and anger. 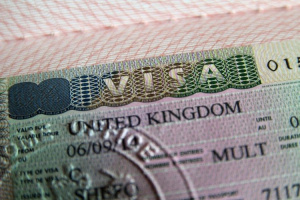 Businesses with foreign staff should prepare for immigration challenges