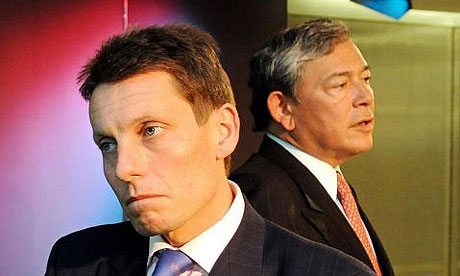 “We are not going to see consumer spend growing in the next two years.” – that’s the verdict of Andy Hornby, the chief executive of Alliance Boots, on the British economy.

If his prediction proves to be true, this would be gloomy news for Britain’s entrepreneurs, as it would seriously hamper business growth. Hornby was speaking at the Retail Week conference in London, on a panel alongside Tesco’s UK chief executive Richard Brasher. Brasher, too, has a negative outlook. He said that the “inexorable rise of fuel prices”, in addition to other rising household costs, have added what will feel like the equivalent of a five per cent rise in income tax for poorer families. Shoppers have become “paranoid about debt”, and that the squeeze on disposable incomes was a “real challenge” for Tesco’s customers. Don’t get alarmed, though – it wasn’t all doom and gloom: Brasher said that consumers are not reacting to the increased costs of living in the same way, however, with Tesco seeing both “trading up and trading down” in its stores.”There is non single soundbite that describes how consumers are reacting,” he said.
Hornby’s and Brasher’s comments follow the news last week that retail sales slowed down in February, as consumers curb their spending.
Figures from the British Retail Consortium show that while food sales picked up after a weak January, non-food sales slowed sharply. Consumers’ underlying uncertainty about jobs and incomes also appear to have resurfaced, hitting clothing, footwear and homewares particularly hard. Big-ticket purchases suffered most, though, and were often promotion-led.
“After the big boost to January’s figures from one-off factors, including a strong final burst of pre-VAT rise spending, February’s figures are a return to a more realistic picture of how things are for customers and retailers,” Stephen Robertson, director-general of the British Retail Consortium, said.