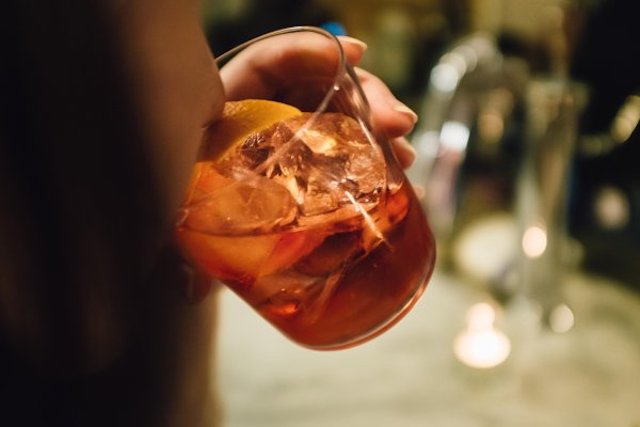 Share via
In 2013, Chris* was a twenty-one-year-old graduate from the University of Nottingham when he secured his first job at a central London marketing firm. With the after-effects of 2008’s financial crash still plaguing the employment market, he considered himself one of the lucky ones to have secured a well paid full-time position, and so soon after leaving university. But four months later,?Chris* quit his job and his rented flat, and moved home to Surrey to rethink his career. ? What happened?

Like many others working in the private sector, Chris*?experienced firsthand the social culture that comes with white-collar job roles, a culture, that’s more often than not, underpinned by alcohol consumption. A self-proclaimed “social drinker,” Chris* initially enjoyed his company’s emphasis on workplace socialising, and in particular, the way after-work drinking was promoted as a way to bond with colleagues. However, the constant succession of weeknight drinking sessions, coupled with the long working days, soon took its toll on?Chris*. Creating a routine where he was “constantly hungover,” by the end of each working day, one ‘hair of the dog’ led to two, then three, and the cycle began anew.

This drinking culture, enforced, (Chris* thinks), by senior staff and perpetuated by junior employees who disseminate these unofficial rules to new starters, is a worryingly expensive habit for new workers. While the company usually picks up the food and drinks bill for official work events, when an ingrained culture puts pressure on employees to ‘go-to drinks’ after work regularly, it’s the employees themselves who pay. But stunted productivity levels and financial stress aren’t all that happens when employees drink ‘at work,’ misconduct can occur too.

Chris* recalls an incident he witnessed at the firm’s annual Christmas party. Held at an exclusive London venue, he remembers senior male staff engaging in open sexual acts with younger female employees while both parties were under the influence of alcohol. Many of the men involved were managing the young women at work. He adds that excessive or ‘binge drinking’ was actively encouraged at these company parties.

In this booze-driven culture, non-drinkers can feel alienated socially while those who do drink are encouraged to drink more, leading to an overall decline in work productivity.

A female ‘young professional,’ called Anita* is 26 and works in the creative industries. She tells me that in almost every job interview she’s had since graduating four years ago she’s had interviewers make the connection between alcohol consumption at work and being a quote, “sociable company”. A few made explicit reference to the fact that “most” of the staff “go for drinks regularly,” with one hiring manager telling her that “you can find someone to go for drinks with every night of the week here.” ? Anita* believes these sentiments were promoted as evidence of an appealing company culture at these businesses.

It’s not only impressionable graduates or twentysomethings that feel the effects of this workplace culture.? Boozy culture affects businesses of all sectors and employees of all ages. Back in 2012, the government attributed?7-11% of all workplace absences to the effects of drinking. And with ‘hangover days‘ being pushed as a work perk by a growing number of businesses, coupled with the fact the UK economy loses some?7bn’s worth of productivity a year due to workplace drinking ? the problem isn’t going away anytime soon. Just where did this emphasis on workplace drinking come from? Did it start as a way for companies to ‘appeal’ to university graduates entering the job market? Or is it due to overworked employees needing to cultivate their own social lives from their long working days? Whatever the origins, there are employees who drink alcohol, but there are also those who are teetotal for medical, mental health, religious or family reasons. In this booze-driven culture, non-drinkers can feel alienated socially while those who do drink are encouraged to drink more, leading to an overall decline in work productivity. What can be done to make it more inclusive?

23 Apr 2021
We use cookies on our website to give you the most relevant experience by remembering your preferences and repeat visits. By clicking “Accept”, you consent to the use of ALL the cookies.
Cookie settingsACCEPT
Manage consent