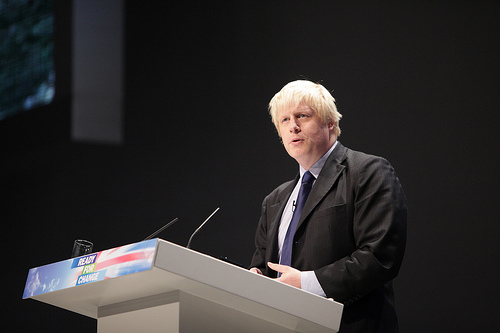 The mayor was joined by key tech industry figures, including Mind Candy CEO Michael Acton Smith OBE and Facebook VP EMEA Nicola Mendelsohn at the Techhub accelerator at Old Street in east London to discuss the growth of the tech sector.

Johnson said: There is nowhere to rival London for tech firms to thrive and grow – we have the talent, the investors, and the entrepreneurial spirit. Our tech offer now spans the capital in its entirety, from Tottenham to Croydon and from Wembley to Queen Elizabeth Olympic Park. ?I want London’s world-class tech sector to be as well known around the globe as our tourism, arts and financial services – it certainly deserves to be. London is where it all comes together. We need to build on this impressive growth and champion London as the global leader for ambitious tech companies.” This year, the city is launching the first London Technology Week between 16-20 June, a series of 25 events across the capital set to bring together over 1,000 influential tech figures. Image Source