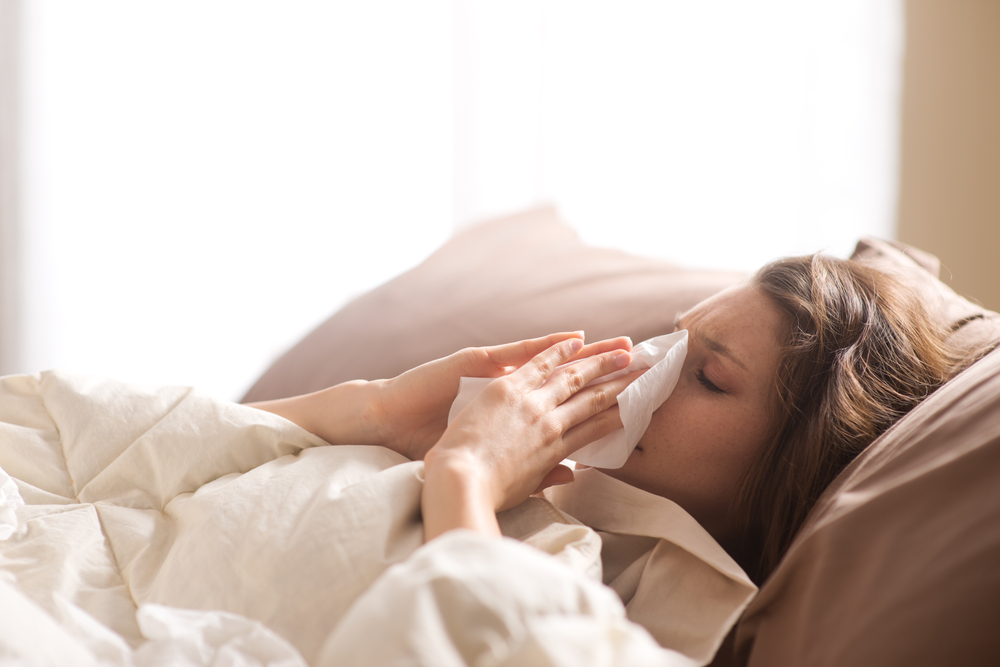 This was highlighted by research from Britain?s Healthiest Workplace, which found UK companies are losing on average 23.5 days of productive time per employee each year as staff take time off sick and underperform in the office as a result of ill-health.

The research measured both time taken off for sickness, and lowered productivity from workers who were?ill but still present?at work. It found unhealthy lifestyles and poor health were costing British firms ?57bn a year in lost productivity. Greg Levine, director of corporate healthcare at VitalityHealth, which helped conduct the research, suggested the statistic was the equivalent to each worker losing more than an entire working month of productive time annually. He said: ?With long working hours, lengthy commutes, high performance demands, along with the cold weather and shorter winter days, there are ample excuses for employees to want to call in sick on Monday. ? It was revealed that 36 per cent of UK employees have a?chronic condition, such as heart disease or diabetes, both strongly associated with lifestyle choices.?However, the research claimed that as companies increase health and wellbeing spend, the proportion of workers in good health grows, while costs associated with absenteeism and presenteeism decrease.? Shaun Subel, strategy director at VitalityHealth, said the findings should serve as a ?wake-up call? for UK firms to do more to improve the health and wellbeing of staff. ?The data shows that firms with an authentic and positive culture of wellness see increased productivity from employees,? he said. ?We would therefore urge all bosses from companies, big or small, to protect their bottom line by taking an active role in improving employee wellbeing.? How to manage health in the workplace: Chris Bailey, a partner and head of corporate consulting at Mercer, said that employers have a unique role to play in?influencing staff behaviour?around health and wellbeing. ?Too many employees are unaware of, or in denial over their risk factors, which risks us sleepwalking into a chronic condition epidemic,? he said. ?Considering most employees spend the majority of their week at work or commuting, how they behave at work significantly impacts their overall wellbeing. ?By creating an environment of making the right health-based decisions and supporting sustained lifestyle changes, employers can reduce their lost productivity and help create a virtuous circle of healthy, engaged, productive employees.” A Group Risk Development (GRiD) survey recently revealed that?strategies introduced by employers to address issues amongst their workforce are having an impact.?One in ten have introduced stress counselling, while seven per cent have line managers trained to spot signs of stress or mental ill health. Flexible working remains ahead of return to work interviews as the most popular initiative for reducing absence and improving attendance. Employers also continued to use procedural structures to improve attendance, such as absence KPIs and board-level monitoring. Katharine Moxham of?GRiD?claimed that with long-term sickness absence costing UK businesses ?4.17bn a year, it has never been more important to provide support early on to tackle absence. The impact stress and mental ill health can have on staff in terms of morale cannot be underestimated, neither can their negative effects on business productivity.? “While it is positive to see strategies to combat absenteeism having an effect on absence rates and reducing the number of employers citing stress and mental ill health as a main cause of long-term absence, bosses must ensure they are thinking about the long-term wellbeing of their staff if they are to protect the business bottom line,” she said. “Group risks products offering additional mental health support and financial protection are one way employers can make a big difference to costs in the long run.? For more insight, read how the University of East Anglia (UEA) released a study that aims to improve understanding of the key causes of employees going to work when sick ? known as presenteeism ? and to make managers more aware of the growing phenomenon.