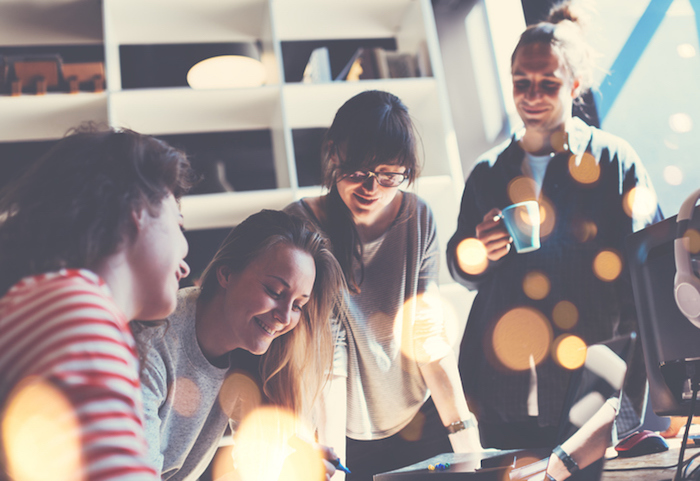 Share via
Of course, that’s not a view point shared by all. There are reasons why bosses are going out of their way to recruit millennials.?In large part, they’ve garnered such focus because they will make up a third of the global workforce by 2020. Millennials have also been deemed natural tech gurus and are cited as one of the most educated generations. Now is a particularly rife time to attract them, a Deloitte survey pointed out. Many are concerned with political and cultural uncertainty, it found. Confidence and employment is what they want. And when you look at it that way, is there really that much of a difference between millennials and previous generations? It’s a point that was brought up by?Alex Evans, programme director of The Supper Club. He explained:?”Depending on your generational perspective they are ambitious, social, globally-minded, tech-savvy and entrepreneurial; or entitled flight risks with unrealistic expectations and a short-term mentality. ?Various surveys and commentators claim these workers are forcing employers to adapt their workspaces and employment terms; but employers are really taking advantage of new technology and working models to reduce employment costs. Even our members are adapting quickly by necessity.” The Supper Club is an exclusive membership community of founders and CEOs of high growth businesses, and its members were asked to give their thoughts on the myths and realities of a millennial workforce. What was needed to recruit and retain them was also a key query. As Evans explained, many of their members were, in fact, millennials ? and they grew up in a very different landscape to their predecessors. To expect them to hold the same values then, would definitely put bosses in the minus with staff. ?They face unprecedented challenges,” he said in a report ? Talent Tactics ? that set out the survey findings. “Millennials are well-educated, but end up graduating with enormous student debt. Impatient to justify the investment in their education, they try to fast track by job-hopping or look for roles where they can progress quickly.” Research from Manpower was cited to flesh out millennial behaviours even more. They knew they worked longer hours than previous generations, with the majority even expecting to work past the age of 65. That’s why they place such emphasis on flexible working, because in return they expect to be able to put their foot on the breaks whenever possible. Time off is one of those all-important factors, as is money and the thought of being rewarded for their efforts. What truly sets the millennial workforce apart ? a point echoed throughout Talent Tactics ? is that it’s all about the journey, not the actual job. It’s about the experience, the ability to learn, meet like-minded professionals and progress up the ranks with their cumulated knowledge. Poor inductions, a lack of career advancement or compelling corporate mission, the report claimed, won’t help you retain the talent currently needed to progress business. This week will see us delve further into the Talent Tactics research, unveiling insight from The Supper Club’s members around understanding millennial staff and which ones deliver, which recruitment tactics will garner interest, as well as the importance of having a social impact. ?At the end of the day, it?s easy to generalise about a generation in broad terms, but all people are different and they have different motivations,” Evans explained. “Some want to be leaders, some don?t, and some will be better leaders than others. Just like some founders want to be good employers, some don?t, and some will be better than others.” Whatever your thoughts on the millennial workforce, they’re a business necessity.