Company bosses are missing out on key opportunities to boost their skills base and productivity. This comes hand-in-hand with 86% of veterans saying managers still don’t understand how military honed skills can transfer into the business world.

Service leavers are often recruited to jobs that don’t match their skill sets, the report explained. “So, they feel disadvantaged when they enter competitive ‘civvy street’.

“We found this out through focus groups made up of people who had left or were in the process of leaving military services, as well as civilians with experience of employing service leavers.”

Veterans themselves thought their time in the military was largely spent learning and developing skills. There was a belief that strong team work was more effective “than the actions of an individual”.

Further fleshing out this concept was former veteran Chris Balmforth, CEO of SSiFM, who exclaimed he was always punctual.

“Other traits learned from the army?” he said. “You work hard, you rise above it, perseverance, pride, planning and preparation, all these different sayings that come from the army are naturally embedded in you.”

The report’s focus group members suggested much of this came down to the investment in training given to Armed Forces personnel – something business leaders often overlook. Inherent loyalty, an ability to lead and communication were cited as some of their biggest strengths.

Despite this, the majority believed their experience of working in a supportive and connected environment simply wasn’t matched when they entered business.

“Focus group participants were unanimous in describing the military environment as pivotal in developing essential leadership and relevant skills that enable high performance within civilian workplaces,” the report explained.

“They felt these skills were core people skills related to leadership, coaching and social intelligence. However, it was suggested that some civilian organisations had an unrealistic and biased perception about service leavers.”

With many pointing to the barking orders stereotype, it’s unsurprising that the focus group deemed perception to be the biggest employment barrier.

They were also painted from the get-go with a command-and-control leadership brush. Some even mentioned research, which claimed 92% of civilians thought those who left the forces were damaged in some way.

Another negative perception was that all service men and women were of the confident kind. But going back into business was a different ball game, and because of stereotypes, many went into interviews feeling – and showing it – nervous.

As one participant said in the report: “No matter what anyone says, talking about yourself, negotiating your salary or networking is quite, quite, scary.”

Employing former military employees will not only boost productivity, but corporate potential as well. But that means kicking the stereotype to the side and acknowledging what they could bring to the table.

The UK needs to tap into all its resources to stay ahead of the game – so why not employ those who have made a living of developing skills?

After years of protecting our borders and keeping peace, the return to civilian life can be difficult for many military veterans. A new awards programme recognises British ex-forces in business, shining a light on a unique group of business owners with an incomparable set of skills. 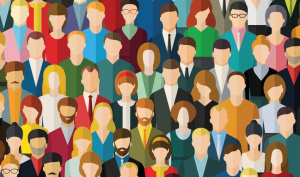 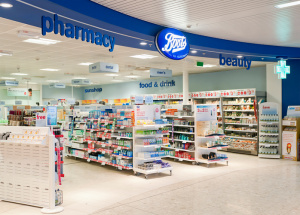 Making exporting help as easy to find as your local Boots