Brad Burton isn’t your stereotypical successful entrepreneur. Rising from humble beginnings in a Manchester council estate, Burton left school with no qualifications, spent years on benefits and dabbled in drugs. Even now he rarely wears a suit, has a shaved head and massive eagle tattoos on his forearms.

But the fact of the matter is that this convention-defying attitude is exactly what helped him build a career. Burton founded 4Networking, one of the fastest growing business networking companies on the world, and is in growing demand as a motivational speaker and business media commentator. He’s also about to have his third book published.

Burton says that his entire marketing strategy is based on New Labour’s culture of soundbite politics – and it certainly shows.

“The thing about business,” he tells me, “is that business is nothing to do with business. It’s to do with people.

“I tell you this, Jack. If you don’t like me, and I don’t like you then that’s it, we’re finished here today. I’m serious.”

I’m interested to find out whether his unconventional approach has ever held him back in business.

“At first yes it did. I think some people didn’t take me seriously. People have said I’m mad. Now I’m on the cover of magazines and they’re like ‘Brad, you’re a genius’.”

“My background makes no sense,” he says. “Based on my CV, technically I should have ended up as a bank robber.

“But when I was 21 I got shot at. Suddenly everything I thought I knew was no longer relevant. It made me realise that none of this business stuff is life and death. People take business too seriously. But mixing business and pleasure is all I do every day.”

“It’s a tough gig running your own business. When you’re employed you just do your own thing while the machine works around you.

As a sole trader selling exclusively to businesses, networking was an important part of what he had to do. But he found that traditional networking events were too formal and formulaic, preventing people from developing genuine working relationships.

That’s why he created 4Networking, which involves a larger social element and less formal format than most business networking groups. The business is also unusual in its national scope – with hundreds of subgroups from Colchester to Monmouth. 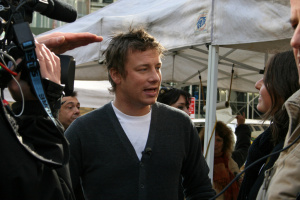 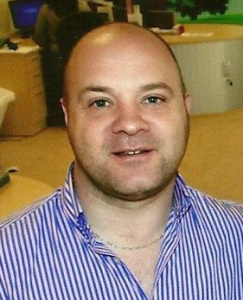