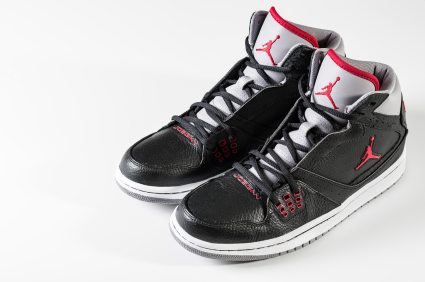 He might have retired from professional football but Brand Beckham will live on. Vogue is speculating whether he will be launching his own menswear label, and his five-year contract as an ambassador for Sky has already been confirmed.

Aware of the short life-span of a career in sports, many athletes wisely turn to business in preparation for retirement. All of them already have the product: themselves.

The name of a sporting legend can be a powerful brand, and there’s good reason for that. They share some marks of business leaders, such as determination and a strong will-to-win.

Can that be enough?

Here are eight sportsmen who won the race to the finish:

Whelan was a member of Blackburn Rover. It was during the 1960 FA Cup’s first half against Wolverhampton Wanderers that he broke his leg. Following this serious injury, Whelan was sold to Crewe Alexandra FC, where he played for several years before retiring to concentrate on his first business venture.

He gave up a sports career to start a chain of supermarkets, Whelan’s Discount Stores, which was later sold to Ken Morrison. In 1977, Whelan acquired and transformed JJ Bradburns. With a new focus of sporting goods, he renamed the company JJB Sports and soon focused purely on sports goods. It soon became the UK’s second biggest sports retailer. In March 2009, Whelan bought JJB Fitness clubs and the stores attached to them.

Jones is a former American football linebacker who played for eleven seasons in the National Football League. After a brilliant college football start, he earned all Big Ten honors for three straight seasons. He played for the New York Giants, the Philadelphia Eagles and the Cincinnati Bengals.

He hosts a Travel Channel program, “Dhani Tackles the Globe”, in which he explores the unique cultures of the countries he visits by participating in the sport that reflects the spirit of a given population. In 2010, Jones opened the Bow Tie Cafe, selling coffee, drinks, cafe sandwiches. He was a founding partner of VMG Creative, a New YorkCity creative agency. He is mostly known, however, for founding the BowTie Cause.

For 12 years, Johnson dominated the court as one of America’s best basketball players. Over his long career, Johnson scored 17,707 points and made 6,559 rebounds and 1,824 steals. He also became the all-time leader in NBA assists per game, with an average of 11.2 – a title that he continues to hold today.

In 1991, Johnson retired from the Lakers after finding out that he suffers from AIDS. This led to the establishment of the Magic Johnson Foundation, which supports HIV/AIDS research efforts and awareness programs. He also founded Magic Johnson Enterprises, which focusses on bringing Starbucks, Burger King and TGI Friday’s franchises and movie theaters into developing urban communities. He also owns three radio stations in Phoenix and started a cable TV network in 2012, called Aspire.

Jordan is a Hall of Fame shooting guard who played in the NBA from 1984 to 2003 for the Chicago Bulls and Washington Wizards. As the winner of five regular-season MVP awards, he is widely considered the best basketball player to have played in the NBA.

His first entrepreneurial venture started in 1984, in a game against the Philadelphia 76ers. Nike – one of his sponsors at the time – had him wear a red-and-black signature shoe onto the court. The Air Jordan proved such a success that he was eventually given his own division of Nike, known as Brand Jordan. This later shifted to include apparel. In 2004, he created Michael Jordan Motorsports, which races Suzuki Superbikes. After he retired for the last time, Jordan became a part-owner of the Charlotte Bobcats. Due to a unanimous sale in 2010, however, he became their sole owner. He also owns five restaurants and a car dealership in North Carolina.