This is primarily due to poor customer service and their increasing focus on attracting new customers instead of retaining loyal ones.

The major issue for customers was the number of times they had to repeat their complaint to different people within the same company. In fact, Brits identified repetition as a problem.

“By forcing consumers to repeat themselves, often several times over a prolonged period, organisations not only deliver inefficient service that costs them money—they seriously affect future consumer loyalty,” says Steven Thurlow, head of worldwide product strategy for KANA. “The need for repetition shows not only poor management of customer data, channels and context, but more fundamentally a lack of ownership of the consumer’s problem and lack of appreciation for their effort levels.”

However, this problem occurs most frequently for customers under the age of 35. Only 30 percent of these younger customers had their issue resolved after one interaction. By contrast, the research highlights that 64 percent of customers over the age of 65 did not have to repeat their complaint at all.

Businesses need to realise that this apparent disparity between levels of service has the potential to drive younger consumers, who cite service as the key factor, elsewhere.

“The younger generation has higher expectations of digital channels, collaborative and social communications and asks ‘how hard can it be.’” Thurlow continues. “They won’t take seriously an organisation that is unable to do the basics right, and these expectations are rising all the time.” 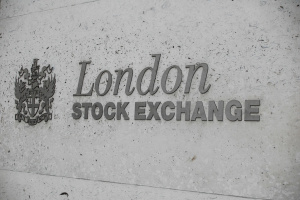 Tech IPOs are growing around the world