Skip to content
Sales & Marketing
Share via
Cultivating a strong, show-stopping and internationally recognised brand takes years of hard graft, and often, heavy investment. But is there a secret ingredient involved in building a brand that is not only recognised but bought, sold and loved by millions? Lego, Bosch, Rolex, Sony, Samsung, Canon, Michelin, Walt Disney, Adidas, Amazon If there’s a magic essence integral to imperial brand building, there can be no doubt that these brands have it in abundance. However, a new study is throwing some of their reputations into disarray, as customers get more vocal about which brands are continuing to be reputable, whilst highlighting those that are falling below expectations.

?Following news that the company has reached the $1 trillion mark in terms of market cap, it’s likely that consumers will have expectations that go beyond what the company sells. Michele Tesoro, Reputation Institute

Reputation Institute’s (RI) 2018 EU5 RepTrak” report has revealed that Apple has taken a big hammering to its reputation of late. According to the wider report, which included an estimated 87,000 individual ratings from the public, along with assessments”from over 140 multinational companies across Germany, France, Italy, Spain and the UK, Apple has faced a loss of brand reputation. Normally, Apple product launches are greeted with fanfare. But this year, and despite the launch of the new iPhone, Apple saw the largest drop in reputation score among the top 100 EU companies. Most of the reputation-related criticism leveraged against Apple is rooted in the poor state of its corporate social responsibility record, where among the issues highlighted were ethical behaviour and transparency. 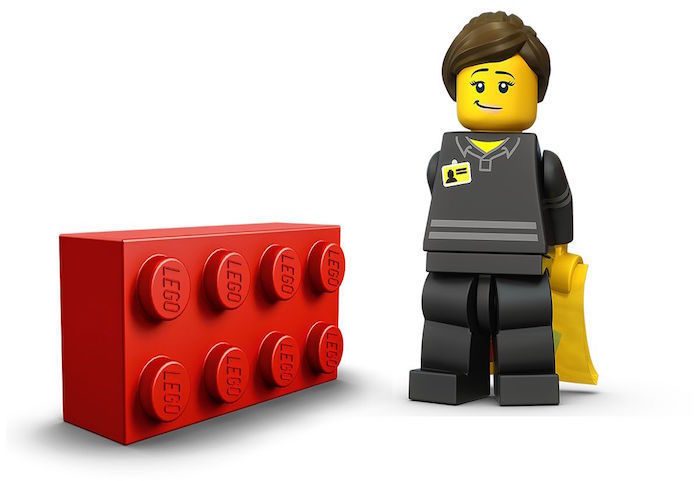 The traditional purveyor of block-shaped playthings has come up on top when it comes to large-scale brand reputation. The research found that the company’s investment in corporate social responsibility and established brand purpose, have been key drivers in stimulating stakeholder engagement. In terms of numbers, Lego scored the highest in corporate brand strength, with a score that’s 10.6 points above the top 100 average. No doubt this stellar ranking was stimulated by the news that the company will be selling Lego pieces made from plant-based plastic. This is part of an eco-friendly drive from the company in which they hope to eventually make all their products and packaging from sustainable materials by 2030. Whilst governments worldwide are putting pressure on businesses to ‘go green’, we must remember that consumers are also providing this positive pressure on businesses themselves.

The research shows that the impending Brexit doom is having little effect on the reputation of British companies at home and throughout continental Europe. In fact, it’sthe continental businesses that are experiencing declining reputation. According to the research, the average reputation of major corporate companies in Europe is down by 1.1 points. UK-based businesses retain a strong brand reputation by comparison. If these statistics prove anything about Brexit realities, its that a confident PR game and statements of positive intention are enough for British businesses to weather the Brexit storm.

What do consumer groups value

The research traced some key demographic trends when it comes to brand reputation preferences among different groups within the British public. It found that young females care more about financial performance and the products and services companies provide, whilst middle-aged men put emphasis on citizenship and governance.

What can SMEs learn from the greats about brand reputation?

Whilst we are not saying that SMEs should compare themselves to the trans-global behemoths of Lego and Apple, they can take some lessons from their winning tactics, as much as from their mistakes, to build up stronger brand reputations. For example, Lego isn’t just relying on its cosy, kid-friendly brand reputation. It’s bringing its corporate social responsibility objectives up to date by advocating for a green manufacturing and delivery process. And SMEs can follow this policy too, albeit on their own economic and demographic levels. The research should also comfort SMEs that Brexit is not a big deal when it comes to brand reputation. If business owners are looking to export goods into the European market, advocating a strong market research strategy is more important than worrying about reputation following Brexit.